more from the Rain and Shine preschools... (I Ur och Skur)

As promised a few of those photos from my last post about rain and shine preschools (I Ur of Skur) but with with some descriptions. 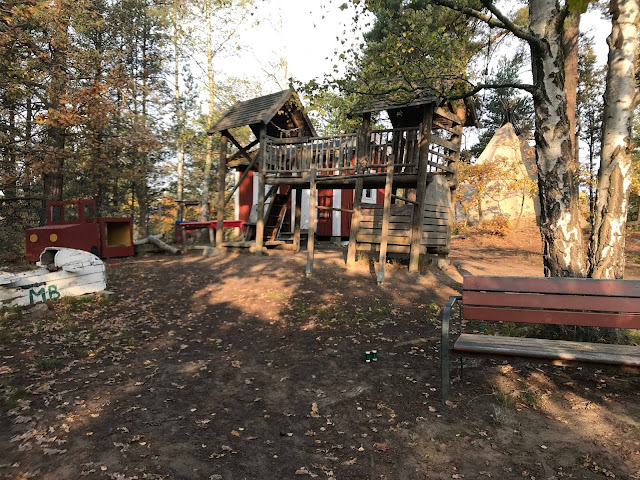 The outdoor space had a lots of home-made equipment in a natural setting. The ground was flat, grassy, but also in places sloped (gently and steeply in different places) and with rocks too... so not only was there different equipment to play on there was also different surfaces to explore and challenge the body.
The equipment might have been mostly home-made, but it was well cared for and maintained... this means it allows for risky play, but does not present a danger to the children.

The space was also huge... and with many hidden areas. For a small school this meant that at times there were areas that were "shut" to ensure safety. This did not restrict the children, as most spaces were wide and offered many options... what it did was ensure the children were within sight - even if they could go into creep-ins to hide, the teacher knew where they were. 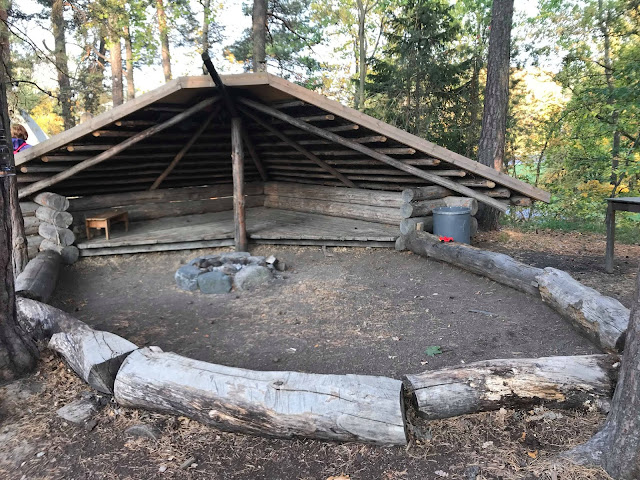 There were several wind-shelters allowing for a year round outdoor meetings - play is much easier to keep warm during the cold months - as when you are moving and active you are keeping warm. Sitting to eat or meet and talk is a time when the body can start cooling down... so being in shelters that protect from the cold wind (wind chill is not a favourite of mine... or most that I know) and there were also shelters with an even more wrap around shelter with fire pits, to help with warming up on the really cold days.

again, as I mentioned last time... these preschools priority was to get the children to enjoy being outside, to be fascinated with nature and to encourage a life-long joy for outdoor activities... children that get too cold will not be enjoying themselves and are likely to develop a negative response to the outside... So being outside is great when there are spaces to warm up too... and to be outside for the right length of time to maximise on the fun and not turn it into torture.
If the children are uncomfortable they will not be able to learn either. 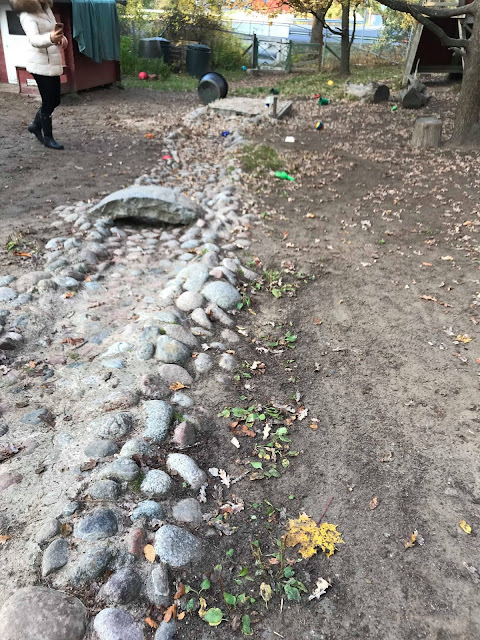 Getting the parents involved... this is a dry river bed during the cold months of the year... but during the warmer ones they switch on the circulating water system to create a great space for water play. The parents built this with the staff.
it is dry during the winter so that the minus degrees do not burst the pipes as the water expands...
all playgrounds in Sweden switch off water play areas to prevent damage during the many winter months. 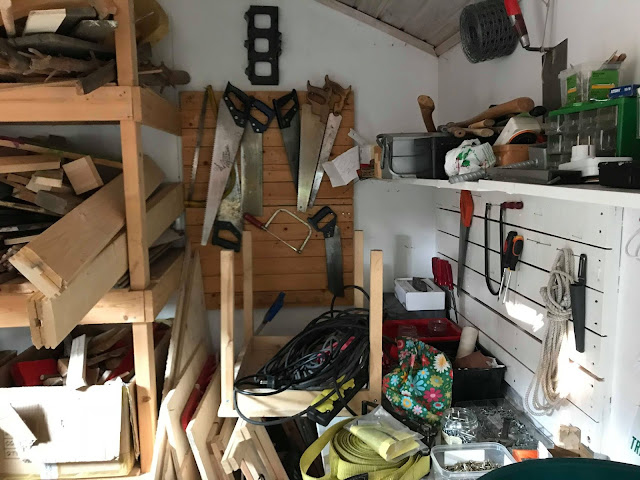 another of the indoor spaces was a small workshop shed, where there was plenty of materials for teachers and parents, but also for the children to get creative. The workbenches etc was just behind me in this photo, as well as shelves with the children's work sitting proud on them

Despite having all this space... probably four times the size of the largest preschool garden I have worked at in the centre of Stockholm, the children are often taking trips out into the forest and to the lake which is close by.

Next week I will share some of the images from their indoor facilities.