This weekend I visited Milan, Italy... a weekend away with my husband, and also a chance to check out the Children Park at Expo 2015 Milan that had been designed together with Reggio Children (a huge pull for me to visit).


I have to say I ended up being a bit disappointed by the Children Park - with all the money that had obviously been invested my overwhelming feeling was that Italian children must like lining up more than Swedish children... as this was a set up that required lots of waiting - and not a park that can be sauntered through and explored organically... but in a very fixed way with rather set outcomes - which surprised me enormously. 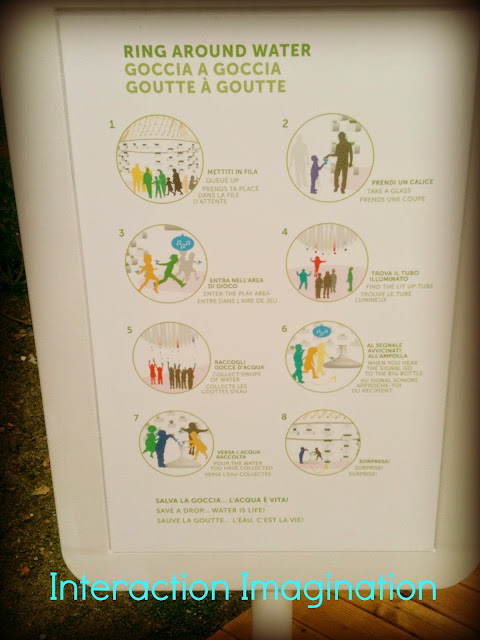 Each section or activity started with a sign - the first instruction ALWAYS being "queue up".
When we visited we were stopped by security... "no adults... only those with children" - a playworker there hurried over and welcomed us... NO-ONE was there... the reason for no adult without children is to give children priority - since there were no children (a few came later) we were allowed to come in... and the workers got a chance to put their training to the test.

The first session was smells... the bells cam down and you got to smell a herb, then you were released by the bell (not something to do if you feel claustophobic as those things do not go back up so fast and it feels like you wait a while inside them) - you went to the herb garen inside a perspex bov with round holes for touch and smell to see which of the three herbs was inside the bell... pressing the button of the one you thought it was... This was not so easy - two I got easily, one I could smell nothing inside the bell and the last I am convinced was wrong as it smelled of lemon verbena and not basil... two very distinctive smells.
This is an activity that can VERY easily be replicated without such pomp and in a more organic way. 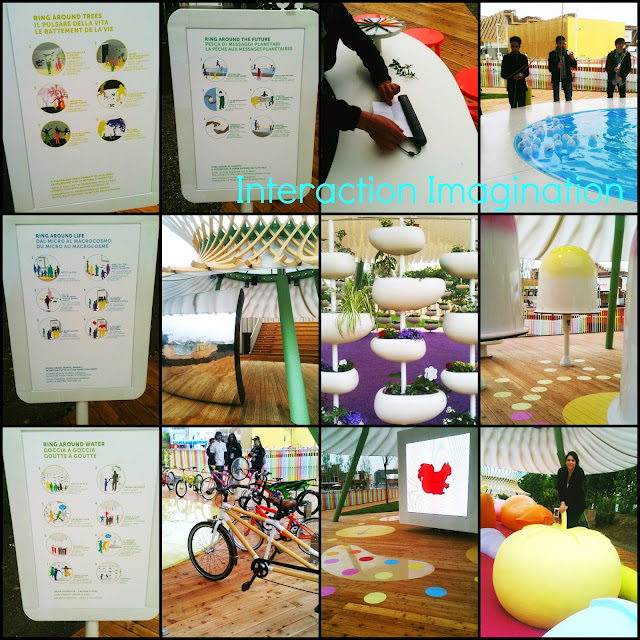 The next activity was collecting water dripping out of tubes in the center of the flower/roof - at the sound of the beep you empty the water into a sink, the playworker than pressed a button and the surrounding flowers got steamed... I can imagine that this will feel lovely on a hot summer day...

The next activity was standing on a sensor and being weighed... a collective weight... and that it was the same as x number of squirrels etc... and then of how a squirrel eats, poops out a seed that grows and then provides the fruit that another squirrel eats and poops out. Loud in your face screen time.

The corner activity was a screen with seats for children to sit and watch films.

The next was my favourite where you wnet inside and your shadow on the screen started to grow into a tree. This was lots of fun.


The next activity was riding bikes - the more that pedalled at the same time the more water and music that was produced. I loved the trikes and different sized bikes and the fact there were opportunities for those in wheelchairs to pedal too with their arms/hands.

The last hands on session was the task of fishing up plastic balls with a magnetic rod (strong magnets that had a tendency to get entwined and stuck with each other when adults were fishing... I wonder what its going to be like with children???)
You then open the ball (hard to open) and there was a message inside. The idea was to keep the message/drawing created by a child and then go to the table and create a new drawing a message to put in the ball... before sealing in the ball the message could be scanned... and a few days later, after being censured by Expo authorities, it would be out up on the screen surrounding the ball pond. The sealed ball could then be put in the tube by the pool and it would be shot up into the air through a tube in the centre of the pool to land in the water.

You then left the arranged area of the park and could play on the giant fruits... for me this might not have the great impression that they were hoping for, as I libve right next door to a fruit park here in Stockholm with a banana slide and strawberry spinners... so these odd pastel fruits just seemed a bit odd... but it did not stop me testing them out. It would have been interesting to have seen children play on them.

In fact it would have been interesting to see how the entire park was used... and also to see if there is a cultural difference in waiting... but coming from the UK... land of great queuers... I still feel this is not a favourite past time of children. 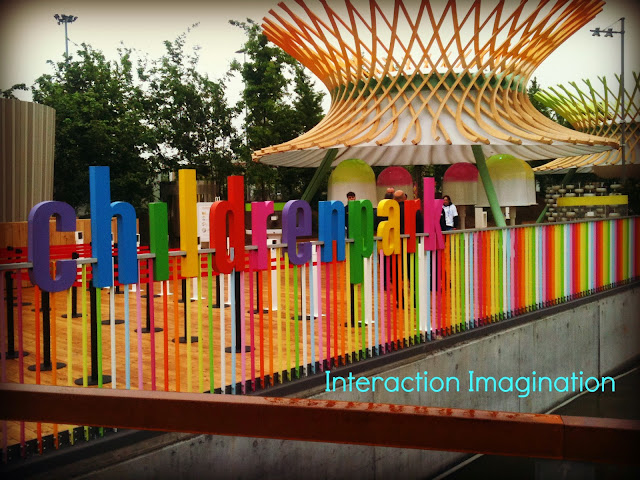 So, yes, I was disappointed. I had hoped that the interactions would have been more about awakening curiosity rather than a funfair type of learning... if there was learning. But to be fair I did not get to see many children interact (just one family came later with 2 children... there were a few other adults as well) - and it is through the observation of children that you see where the learning is.

The staff here though were very good... and if one was to judge the Children Park of the staff then yes, Reggio Children did a FAR better job of those that trained the staff in the wine-tasting area of the Italian Pavillion - where they stood around and watched you rather than came and explained what the wines were and what sort of choices could be made... from this point of view more was invested in the children.

I do think that there were other areas of the Expo that suited my approach to children more... small pockets here and there that offered me inspiration - and very much so when I visited museums in the city during the rest of my stay.

More posts from Expo - the inspirations... and from my Milan trip will come in the coming weeks.