During the last week I have written about both Original Learning and Together-led play as I try to explore more about how play and learning occurs both in the home and also in the early years setting and school.

I feel that both these ideas are very much bound in each other - children, humans, have a natural curiosity, a desire to learn, and play allows them to explore and experiment with ideas and experiences - independently and also together with others. There is a need for adults to offer new experiences, to participate and understand the play, but also to give space for the children to evolve themselves. It is a balance.
For me to be democratic there needs to be an equality no matter what age we are... and if we are purely children-led or purely adult led... then there is an imbalance... this is why I mean together-led... sometimes it will be the child, sometimes it will be the adult and sometimes it will be together... there creates a harmony in the play, a balance of power - a manner for children and adults to not only develop trust in each other but in themselves too. 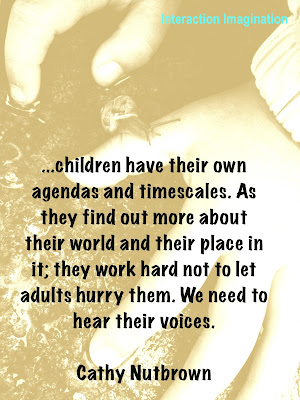 At the moment I work as a substitute teacher, so I can work some days, and write other days.
It means that I don't always get to work the way I would choose to work, as I follow the routines and rhythm of the place I am at... and sometimes these routines are put in place because there is technically not enough space for all of the children at the setting... so the groups are divided into shifts half outside, half inside... there is no choice. When the children are inside they are divided into smaller groups... again with virtually no choice by the children.
I was with a small group of children in one room... some of them wanted to change room, so I asked the ordinary educator in the other room if there was space for some to come over... there was space for 2 children.
There were four children wanting to change room... all four said "me". I told them that they needed to talk with each other to work out which two should go  - the children continued to look at me. I looked at them and said I was not going to make the decision, they needed to talk with each other... they looked at each other briefly and then looked at me again. I waited a while. Nothing happened. I reminded them that they needed to talk with each other about making this decision. There was silence. I waited a while longer...
It seemed that the children were so used to adults making choices for them that they had forgotten how to do this themselves. I made the choice for them, based on my observations of their play... the two children who I felt needed noisier and wilder play stayed with me, where I knew they could participate in that kind of play freely and without an adult stressing about the noise or the movement, and also without them disturbing the other children... (there were two others that had found their play in a small corner of the room, leaving a huge expanse for these two to play in). I pointed this out to the children and sent the two who were seeking a quieter play to the other room.
It has been a long time since I worked with preschoolers that were unable to resolve the problem themselves in this way. This is a preschool that works with a children-led approach... so this is also why I think we have to be careful about how we use this term... just because we do projects that the children are interested in, or let them do certain things it does not mean it is children-led... it is barely together-led...
Very often it is adult-led with a thin veil of children-led that I feel is not about empowering the children but about being able to point out that the children are having an impact like the curriculum says they should. To me this is not really an impact. It is superficial.
I have seen at settings that some children take a lot more space than the rest of the group... for a variety of reasons.
Maybe we need to make a distinction between children-led and child-led?  Defined as children-led being part of a democratic play where all of the children participate and learn together with an equality - while child-led involves one or a few children dominating the direction of the play and learning but gives the educator the feel that the children are the base of the curriculum.
I aim to provide a together-led curriculum based on play - as I believe that is how children/human learn best - and at this point we have to reflect on the fact that play is one of those strange things to define really...
I mean, I will never forget watching a child follow my son and another boy, just far enough away that it was clear the child was not actively participating, but close enough to listen and watch - after a while the child's father asked about doing something else together... the child looked and frowned at the father and said "but I am playing" - the look implying that the father ought to have known.
Also on another occasion I was chatting to a group of children about their play I had observed the day before where they had been building a castle with magnetic-tiles, the children quickly, and unanimously, corrected me... no they had not been playing, they were building, they working. When I asked them more about this play-work scenario they stated clearly that they were working on the castle so that they could play with it.. for me it was all play as it was clear they were enjoying the whole process, but their definition means that we, as adults, are maybe defining play incorrectly?
They were enjoying building the castle, it was freely chosen and yet it was not play.
On another occasion a small group of children were playing/working - this time scraping ice off a slide in the middle of winter. They were very busy doing this, they explored different techniques and they had made it clear to me that this was play... another child asked several times if they wanted to play - they replied, "we are playing". I asked this child if he wanted to join in the play... his body language made it clear that he had not interpreted their scraping as play and went off to find something that fell under his definition of play. The child came back several times to ask if the others wanted to play, until I chatted with him about how the others were playing but that they were obviously playing something that did not interest him. He looked at the group, he looked at me, the group again and then went off to play elsewhere and with others.

Three very different scenarios of play. And yet there are so many, many more. That I sometimes wonder why we adults are trying to define it with one sentence, when it seems to be so flexible in its definition. The same children saw building with blocks as work, but not scraping the slide (which I saw as hard physical work). Play can also be just standing and watching.
When I talk about together-led play it means that as adults we need to be open to these different interpretations of play - to learn when to stand and watch, when to work as play and when to play as work etc etc etc. I do not imply that every moment is a "we" decision... 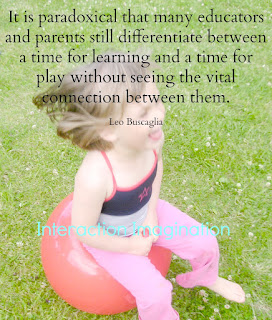 Peter Wohlleben has written a book called "The Hidden Life of Trees" and it reminded me so much of learning and schools... and I can also make a connection to both Original Learning and Together-led play.
He describes a natural forest, a virgin forest, where the trees are in communication, where there are old trees and new trees, there are a diversity of trees and other plant-life - there is a connection, a togetherness. He also describes the new forests where just one tree type is grown in rows for economic convenience - the forest becomes quiet. In a way I see this like schools were there is a one size fits all system, where children are divided into classes of the same age, where there is not the together-led learning but a teacher-down teaching.
A connected forest is not just about the young... it is about the whole. Saplings have different needs from the older trees, different species also add their different elements to the eco-system, strengthening it.

For some reason in education there is this need to simplify things. What is play? What is learning? Standardised testing which means standardised teaching... and companies that produce materials to enable exactly this... not giving the educators the time to get to know how the children they work with learn and create the materials with the children to suit their learning, but fills their time with the need to understand these commercial tools and standardised tests. Neither the educators or the children are being trusted. The teachers are being put in a position of those children I described earlier... so used to having decisions made for them that they have become unsure when finally given the chance.
And one chance here and there is not enough for things to really change. There needs to be real change. Real trust. There needs to be more time for educators to understand the play and learning that the children are engaging in - that needs to be done not only with colleagues, but also with the children.
Together-led play. Original Learning.

Ubuntu - take the time to look up this word. The idea of not being able to be human in isolation - that I am because of we.
I have written about "mwe" before...
and I will return to this idea as part of together-led play and Original Learning. 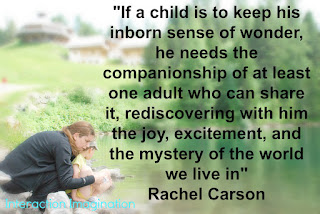 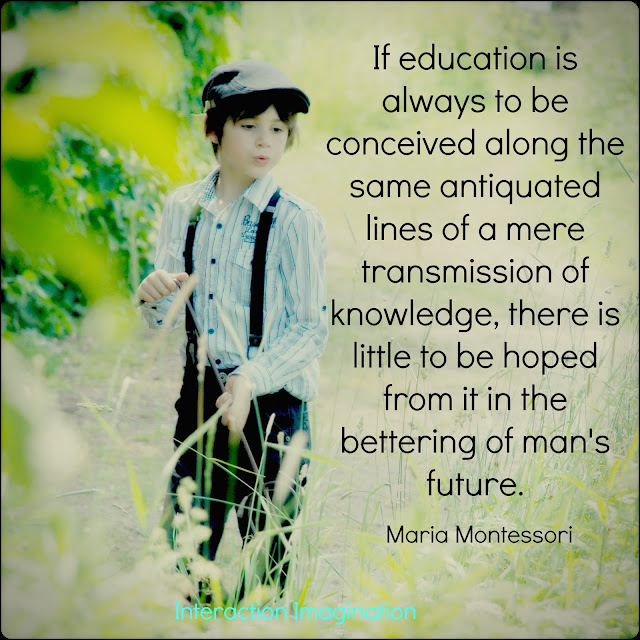 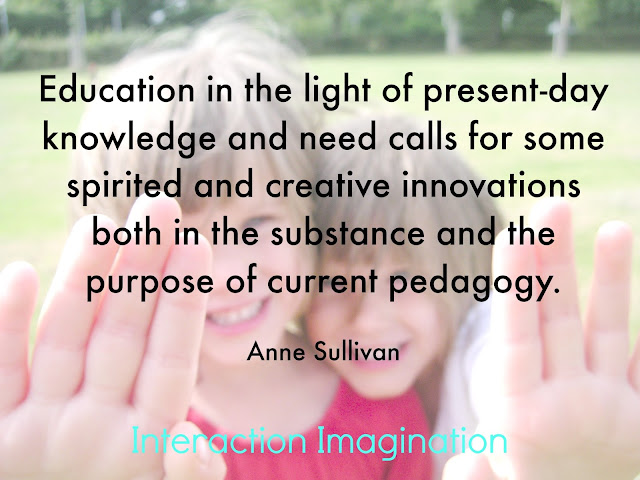