Making a gingerbread house with paint....

As part of Vindens Hansel and Gretel exploration the children have started to make a pepparkaka (gingerbread) house
Yesterday the children measured and designed the house... discussing how many and what shaped windows there should be.
The children suggested that three windows would be good... and the were all in agreement... it became more tricky when it came to window shape... there were those that wanted three circles, those that wanted three square and those that wanted one circle, one triangle and one square. The children kept changing their minds, or calling out to all options and it was becoming far too hard to work out how to solve this window shape issue.

So on three pieces of paper I quickly drew the shapes - gave the children their name cards to put down next to the window arrangement they felt would be best. It started of with one by the squares, 2 by the circles and 5 for the mix... the child who chose the squares soon moved her name to the circles, explaining she was changing her mind.

We then counted the numbers of names by each window arrangement... it did not take many seconds for the children to see that the arrangement with one of each kind of window had the most names.

I asked how many more children had chosen the selection compared to the circles... the children started to call out names... so I flipped the cards over so that the focus was not on the names but on the quantity. I still needed to phrase and re-phrase the question a few times before it clicked and they all worked out that the difference was two.
We talked about how they were using mathematics... and how the shapes were also a part of maths... and that maybe this house was going to be a mathematic witches house... 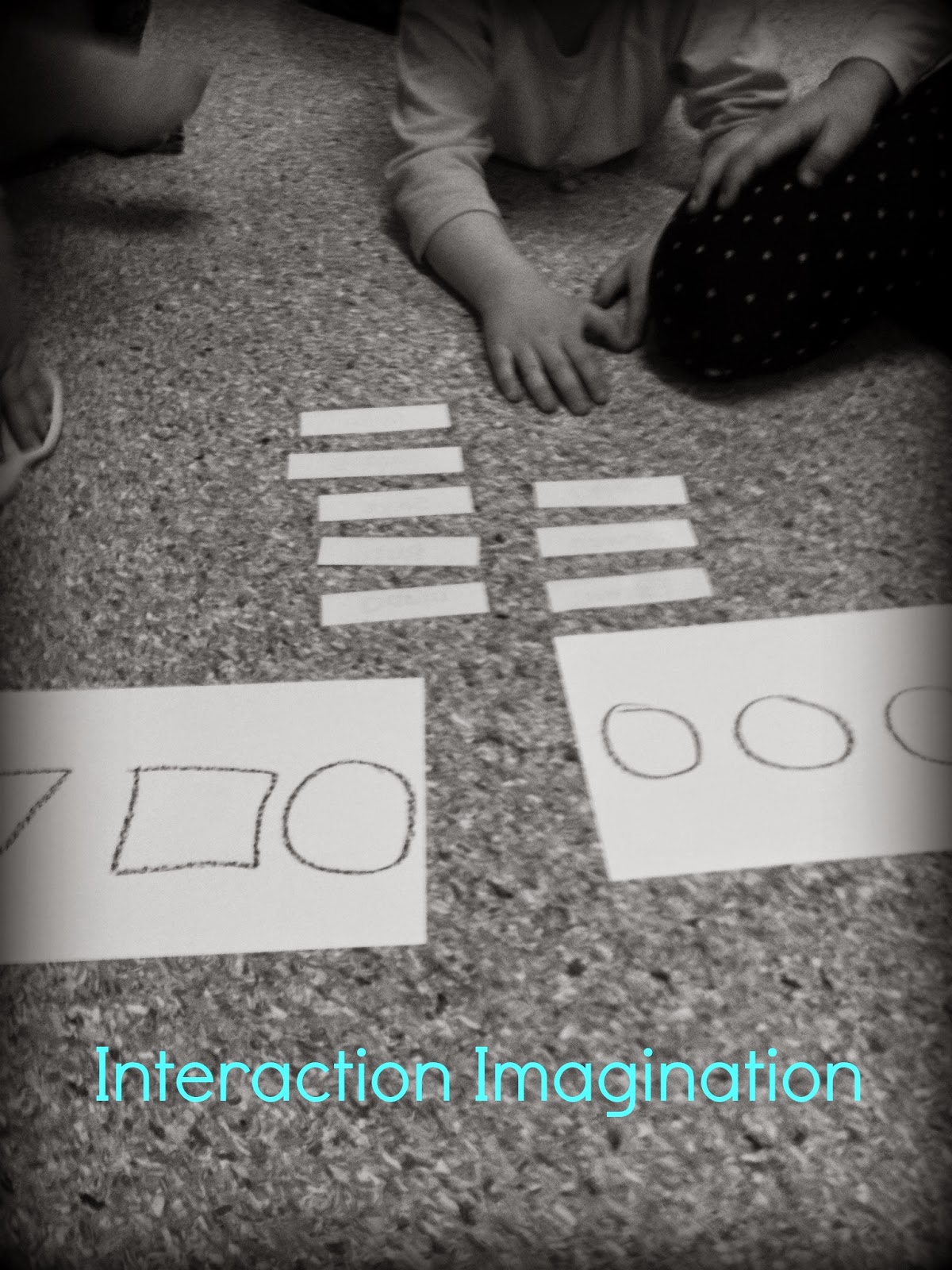 Today we painted it brown... but how to make brown? Black and white was suggested... so we mixed them and discovered that it made grey. What next? Try green said another child, still not brown... so then we added, red, black and finally yellow before getting the brown the children wanted.

The pepparkaka brown was dumped onto the paper as well as squirts of all the above colours...
then the children started to mix with their hands, legs and feet - with squeals of delight, songs of exploration and eager sharing of experiences... 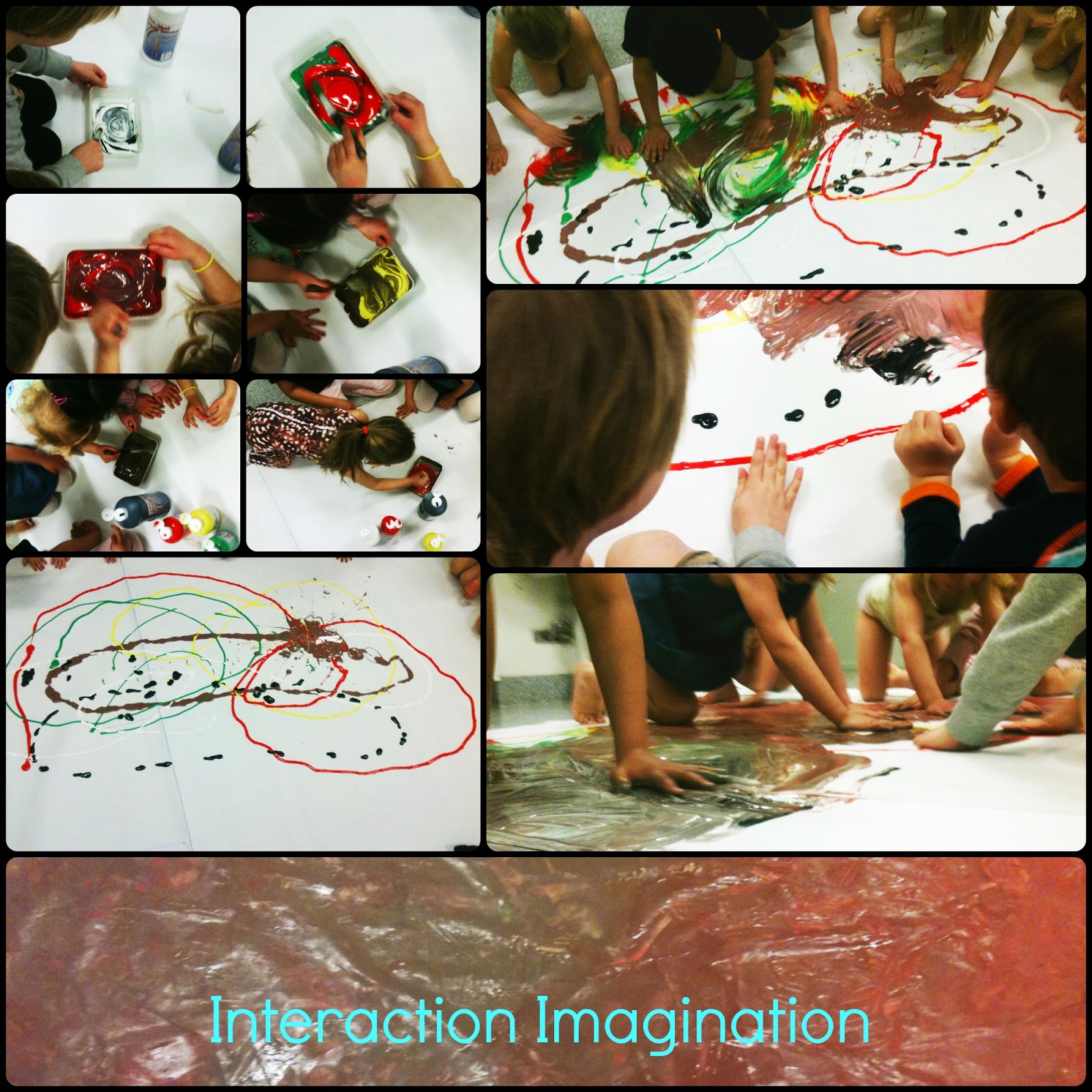 We are lucky to have a shower in our art studio - right next to where this paper is on the floor... so the children can step straight into it to get clean.

There is a whole load of OMG feeling running through my body during this kind of painting... as it is so high energy and there is paint slowly covering more and more of the children... but it does always seem to flow and you feel sort of exhilerated and exhausted afterwards.

Several of the children helped me clean the floor afterwards - loving every moment of playing Cinderella... while the rest of the group played with a wonderful calmness after the buzz of painting - somehow content with life after the sensory exploration of paint.
Posted by Suzanne Axelsson - Interaction Imagination at 22:16

Email ThisBlogThis!Share to TwitterShare to FacebookShare to Pinterest
Labels: Collaboration, creativity, in the atelier, inclusive