As a continuation of our portrait project we mixed in a little fairy (in preparation for The International Fairy Tea Party on the 18th of September... there is a FB page if you are wanting to join) - and also with a little Leonardo Da Vinci inspiration.

Instead of doing self portraits we set up the opportunity to draw each other... just like we had read in the book about Leonardo Da Vinci when he painted portraits.

The children took it in turns to strike a pose - learning about how the body feels when you hold a position for a long time, learning about how you need to keep still so that others can draw you. Those drawing learned how to observe the different positions of the body, and also to focus on their work so that their friends did not have to hold their position for too long for added day-dream time!!!

Once the children had drawn each other... they took their pile of portraits over to a table and then we added coloured wings... taking inspiration from the rainbow fairy books we read last year.

Once all the figures had wings we started cutting them all out - it was a hive of activity and I was surprised at just how long the children were focussed... I was prepared to have done this art session in two parts if necessary... but the children were totally into it.

Once all the fairies were cut out the children started to role play with them... which gave me an idea for the future... 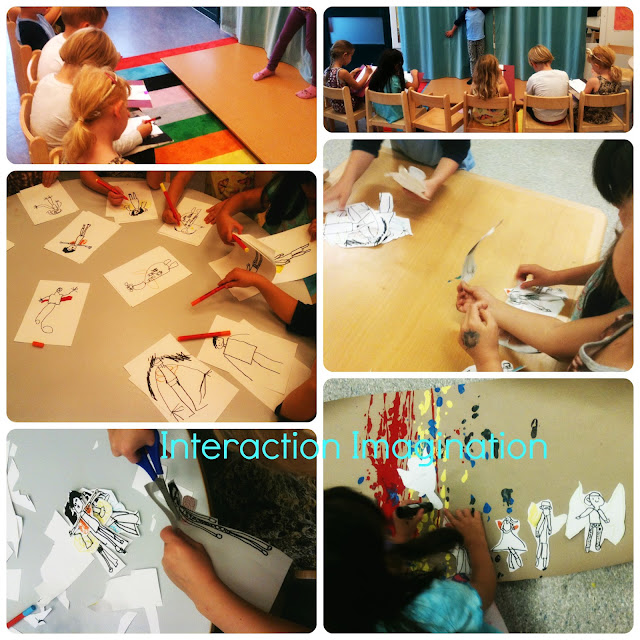 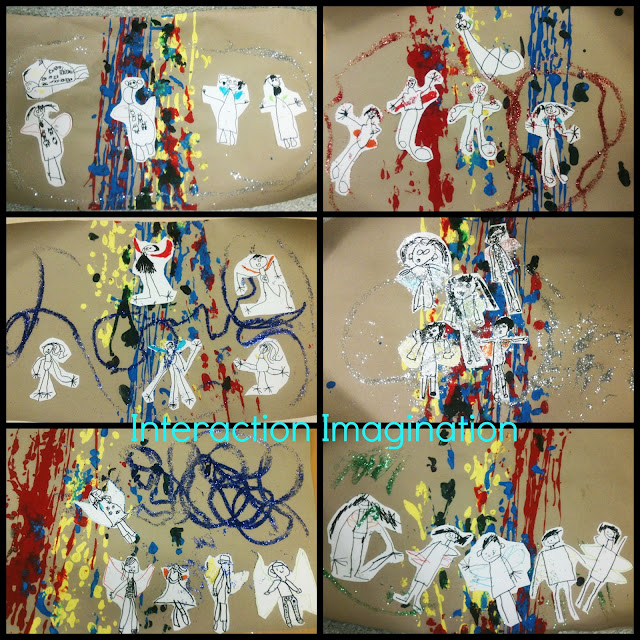