I am sat writing here, as my son tries to fall asleep... as usual I am right outside his room, although tonight he is in my bed... he is slightly more stressed than usual as tomorrow he will be spending the entire morning with his "normal" class.

"Normal class" I wonder exactly what that is... for the last 14 months my son has not been able to attend his "normal class" and has instead been in a special classroom with just 1 or two other children also unable to learn in a "normal class".

This time last year we were picking up the pieces after a horrendous autumn term where things had spiralled downwards far too speedily. My son (who will turn 12 at the end of this month... also autism awareness month) lost all faith in himself, deemed himself worthless and did not see the point in living let alone being in school... a whole term went to restore faith in the school system and himself...
Maybe this was not the best of things looking back in retrospect... he got into the routine of doing next to nothing... and now is finding it hard to do anything.... when it comes to school work that is.

It HAS to be meaningful. He must be interested.

He is very creative... but is also very addicted to computer games and screen time... when we let him have free range he would spend all his time in front of a screen, or devising how he could be in front of a screen. He would be grumpy, sometimes angry. He found it hard to find anything else to do.

We then started a 10 hour a week screen time (excluded at the family film time on Fridays, and weekend morning TV when he gets up early and he can chill out on the sofa with children's programmes until the rest of the family get up). Quite often his screen time is over by Wednesday (we have a planner, where he decides how he is going to use his hours over the week.... and he can change max one hour during the week (as before he would want to change his time all the time and then had nothing by the end of the week... by planning his week, and sticking to it, he learns more about self regulation... ). The great thing about restricting his time (but he still choooses when he uses this time) is that then he can concentrate on other play when he is finished instead of trying to work out how he can continue playing online/onscreen.

This results in wonderful lego constructions for example... which then spills over into blogposts...
He makes space in his room to set up the photoshoot, he takes the images himself, he edits them himself using picmonkey, he then loads them up onto his blog (which he shares with me here on blogger - so that all comments drop by my e-mail and I can make sure that he only receives positive feedback, or at least constructive feedback)... he then writes about his constructions.
I come in at the end and support the spelling a bit... enough to allow everyone to understand, but not too much to take away from his own personal learning charm... I mean there are capital letters popping up everywhere... he loves them... he loves the way is you put lots of TTTTTTTTTT s together it looks like a bridge.
Maths was also a part of the blog... as he added up the total powers of his lego dragons... suddenly school subjects are meaningful, useful and he has interest.

He never wants to do anything that he thinks he might fail at... despite the fact that I work hard as a person, as a mother and as a teacher that we need to dare to fail... 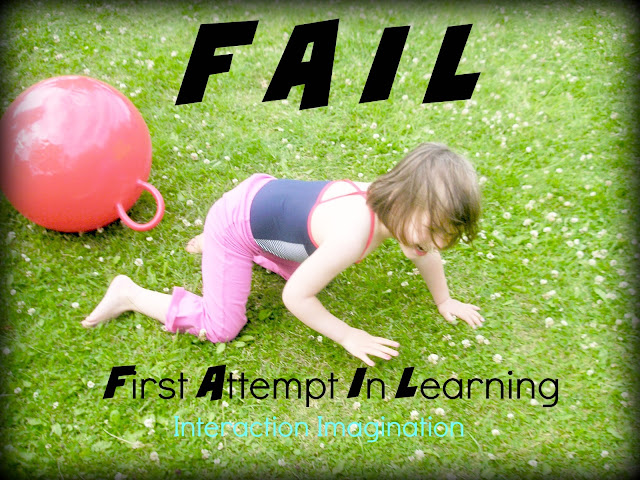 This is, in fact one of his sisters - a VERY long time ago. Falling falling falling off until she mastered it... and the falling was fun some of the time, frustrating other times...

But daring to fail is so essential... and so much learning is prevented by this fear. It is something we will continue to work on with my son... to learn to dare.

Today he sat down and wrote three blogposts... they tend to come rather sporadically - but I feel equally excited every time. Hoping that he will get into the routine of writing... that will allow him to write a little more each time.

He LOVES comments... and he will answer every one of them...
so if you have a little extra time... why not pop over to his blog, check it out... maybe even with children that you work with, or your children at home... and leave a comment, start up a dialogue... and know that you will be helping the learning journey of a child with autism/ADHD that is struggling with school. 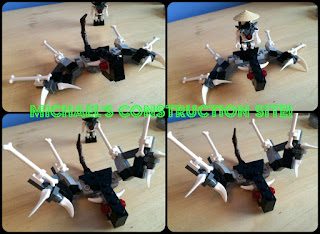