Yesterday in our philosophy session we talked about what do fairies do... it appeared that they bought food and necklaces and comfy socks and cozy blankets... it continued into the idea of fairy money and where does it come from.
Today we divided into two groups to see how we could explore these ideas in different ways. My group (Fairy Group - their choice of name) decided that we should make fairy necklaces... small small necklaces that the fairies could buy... they even made a sign "Fairy shop" "Come here" "necklace" and after quite some discussion the necklaces were marked at the price of 40p (the p standing for the Swedish word for money - pengar - as we talked about that money had different names in different countries... here in Sweden we use crown, in the UK (where I am from originally) we use pounds, there are also euros, dollars and yen... and no-one knew the name of fairy money... so we left it as p for pengar/money) - there was also a discussion about how much they should cost - 3 was the first suggestion, but that was considered too little, then 50 was suggested, but a child thought that was too much - then 40 was suggested and all the children agreed. 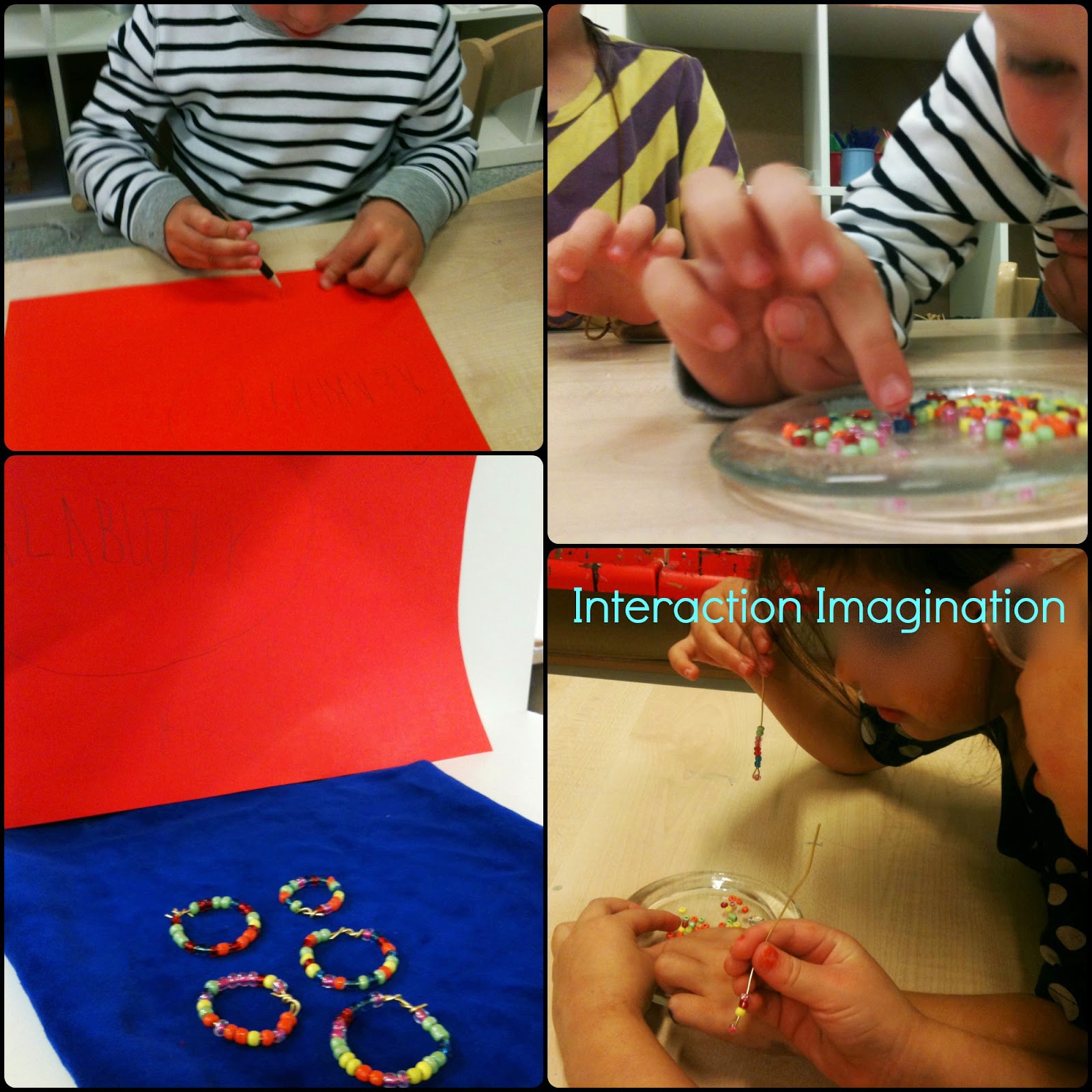 The necklaces and the sign have been put up on a shelf... one child pointing out that if the necklaces go then it would be proof that fairies existed...


So what to do... how much do we as adults play along. For the moment I am happy to just leave them on the shelf... if they have an interest they will see they are still there and we can talk about how the sign indoors might not be enough, maybe we have to put up signs elsewhere... like the many adverts we see everywhere (and at the moment there is SO much everywhere as we have elections coming up - these election signs the children have shown no interest in except when people have drawn mustaches etc on some of the candidates... usually they find this quite funny, but at the same time wonder why)

The other group (Butterfly group) made their own fairy money and then went outside to a play space they knew had a kiosk like part to it, and there they played fairy shop. Their play reflected their understanding of money... that it comes from food shops... all the children 3-5 years expressed yesterday that money comes from foodshops... obviously something we can explore at a later date (we do have a Coin/Money Museum here in Stockholm).


It was fun to see how both groups had been interested in a similar thread of yesterday's dialogue... because ideas around the existence of fairies was also discussed with several different theories being shared, these were mentioned in both groups, but not chosen as the idea to explore further through play/art etc

The fairy group discovered some fungi on the way to the play area, we went to check them out more closely, knocking on them carefully to see if there was anyone at home. No-one answered. But they did swing like bells in the wind and as a result of the gentle knocks, that was fascinating to watch. 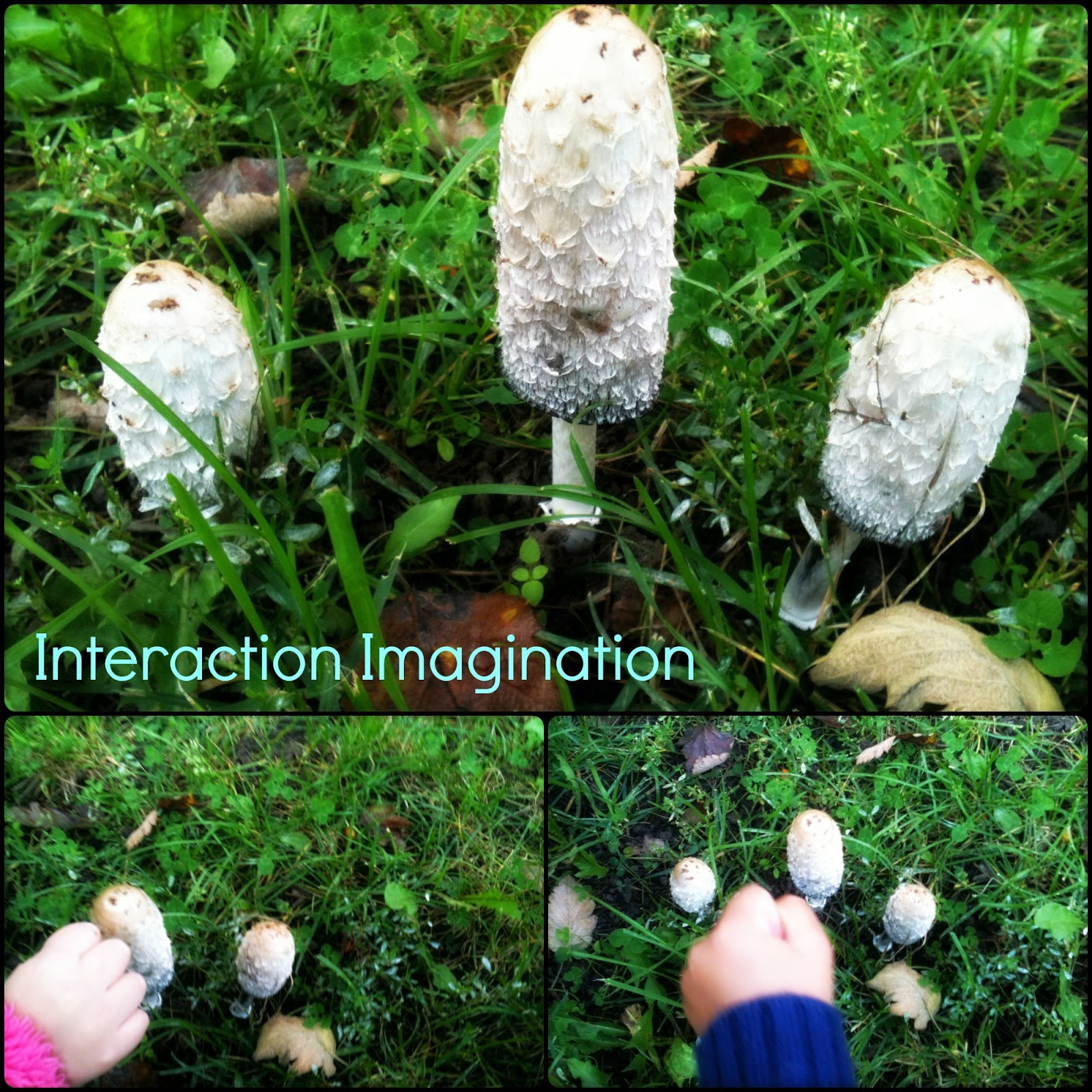