This week we took a closer look at Jackson Pollock... after our week of looking at art on the streets close to us, then looking at Klein (the children keep referring to him as clown) and creating their own signature colour... this wee we explored the idea of understanding if we can really know what someone else is expresing in their art.

We looked at Jackson Pollock Number 5 (since these three children are all five - well the youngest turns five in 10 days time). What could we see, what did we think the artist was trying to convey. (the children are somewhat consumed by the fact that the artist is dead... as was Klein, and Kandinsky that we did in February - so for some they could see sadness, because the artist was not still alive).

The children painted the background/base colour with their chosen emotion/feeling in mind. It was obvious that for two of the children it was not so easy to make the distinction between favourite colours and colours that represent the feeling, the third child also wanted to choose favourite colours, but when reminded that she was to choose colours connected to the emotion that she chose, she reflected and made new choices (both times, for the back ground, and also for the action part)

For the action part the children chose two more colours to squirt onto the canvas... and then I had a shared third colour (white) that they could all use.

The colours were quitethick so I thinned them slightly (acrylics and tempera paints were used) so that the pipettes would be easier to use... even so the pipettes took time.... but you could develop a system, use one pipette while the other was slowly loading, and it was really interesting watching the paint go slowly up (especially the first time when it was easier to see without paint residue on the insides).

The children then squirted onto their canvas, using movement to create drops, lines and splashes.

When they were satisfied with the look of their canvas we washed the pipettes and then sat down to look at each other's art... 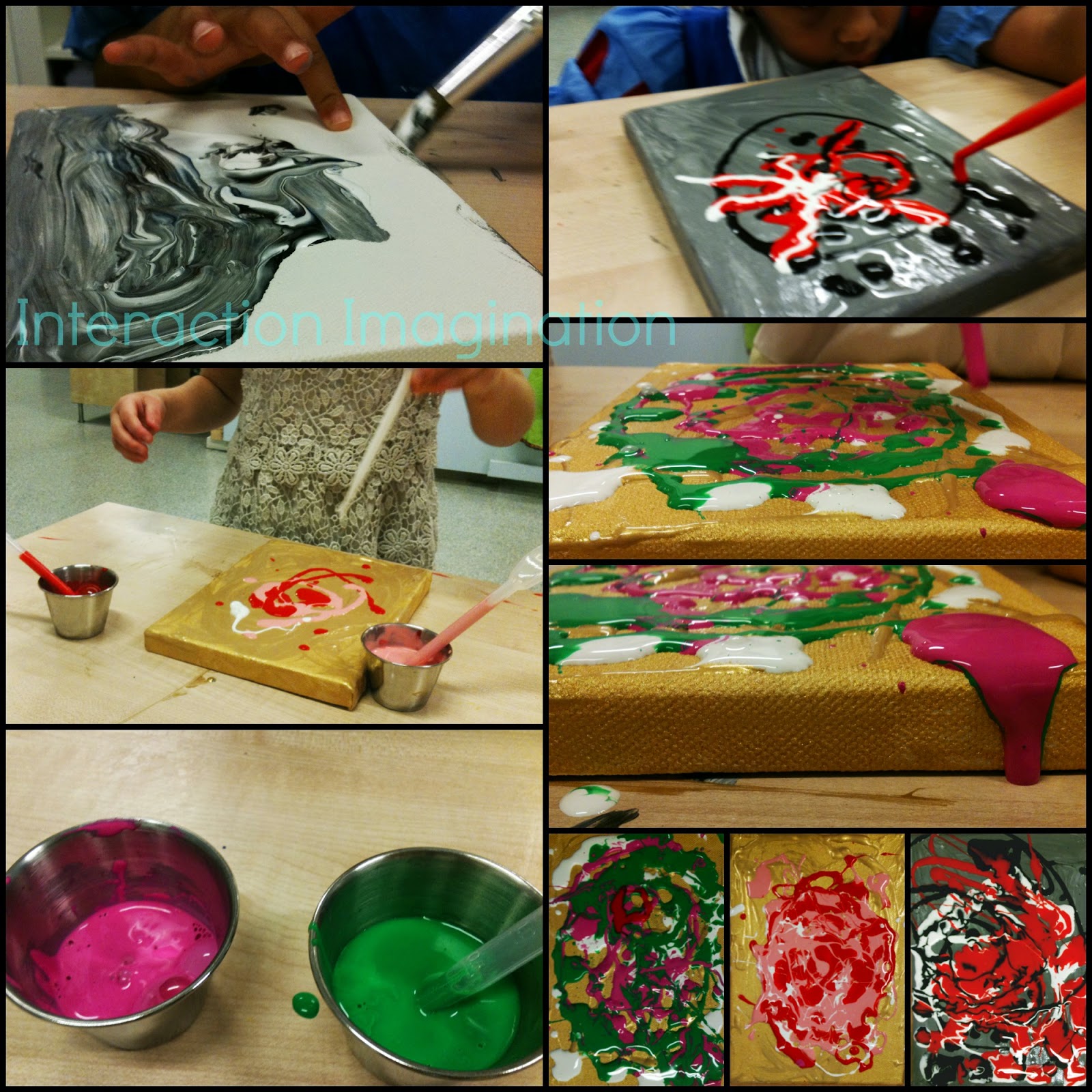 Child 3 had painted Angry and Scary - using a grey base with black and red (blood/danger)
the other's guessed Child 2 - love (red is love). Child 1 - scary (because its scary)

It was interesting to see for the children and myself that it was not always so easy to work out what someone else is thinking... and that by asking them we get to find out more and understand more about what someone else has done.
Posted by Suzanne Axelsson - Interaction Imagination at 18:39

Email ThisBlogThis!Share to TwitterShare to FacebookShare to Pinterest
Labels: creativity, Empathy, in the atelier, listening, Philosophy with children