We might be talking about listening at the moment in Vinden... but that is not just ears... we also listen with our eyes... and today there was a focus on eyes in the papier-mâché portrait making.

We took a close look at our eyes... the pupils... what colour are they... are they just one colour... what other colours can you see there. We then used this knowledge and applied it in our eye-making.

Using a glass bead for the eye... turning it over so that the concave side was faced down and the flat side upwards to paint on - just like the eye is also concave.

We kept looking at the eye the right side up... holding it in the air to see if the colour was right - and more and more paint was added until there was satisfaction that the eyes looked right.

Personally I would just love to make lots of eyes... and not just for humans but to try my hand at various different animal eyes... even mythical beasts too (alright, you have me, I want to make a dragon's eye!!).

The eye turned out way beyond my expectations... I hoped that it would look amazing, but to be honest I was not sure... I gave it a try myself yesterday with a bigger bead and just a few seconds to see if the paint would remain on the bead once dried (I used tempera with acrylic metallics) - there was no problems with the colour staying on the bead. So I had an idea of how the eye would turn out, but I was so happy to see how the eye was such a focus holder - pure concentration and enthusiasm... and this is really reflected in the end product. Of course the prcess allowed us to take a closer look at the eye and see details usually missed. 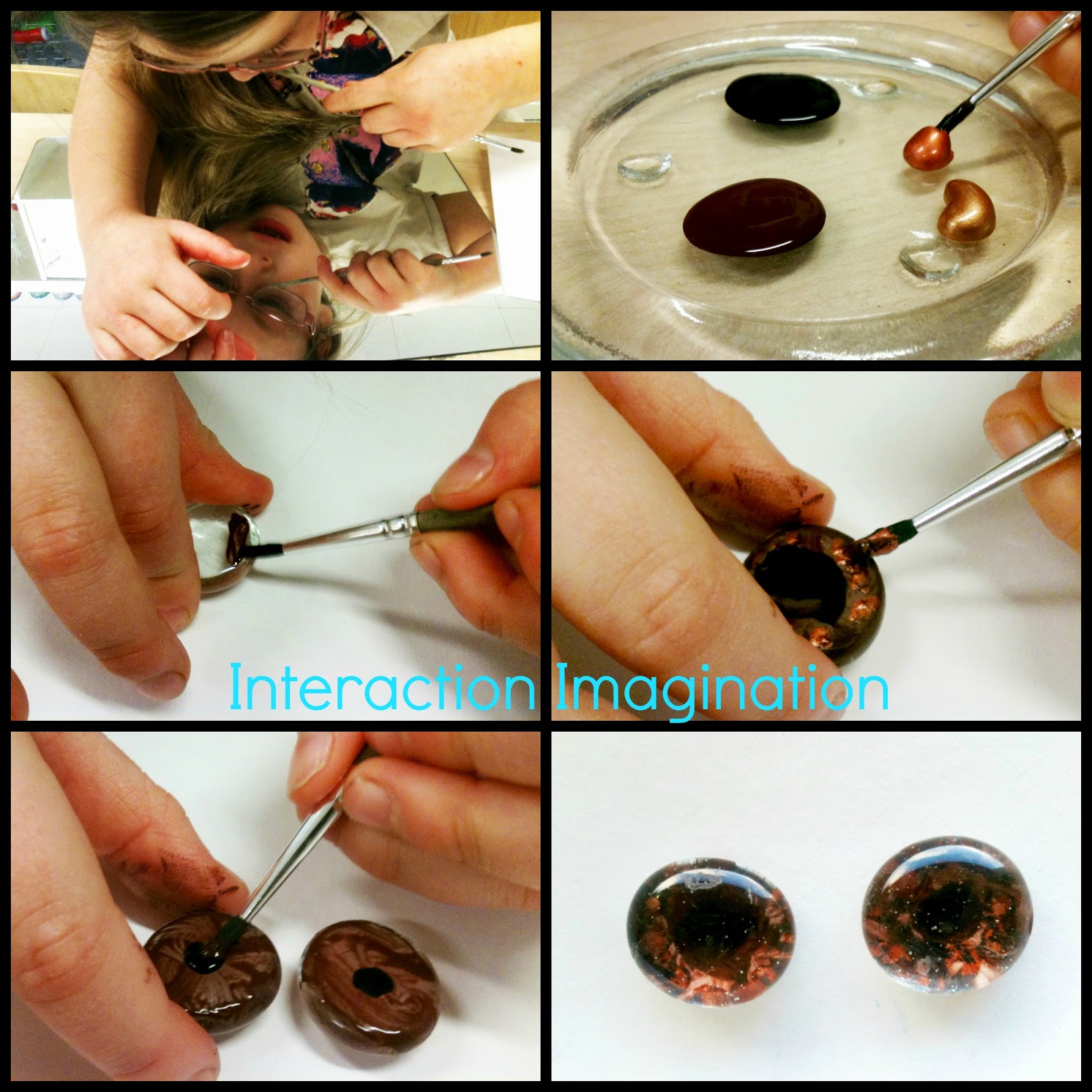 Then we continued with the papiermâché head... we mounted it the cardboard ring/centre from used tape and then with cotton wool built a nose and a chin, to create a 3D effect. There was great joy in using the glue and getting messy - and our listening project was evident here too... as there was great delight of exploring the sounds hands could make when they were covered in slimey wallpaper paste! 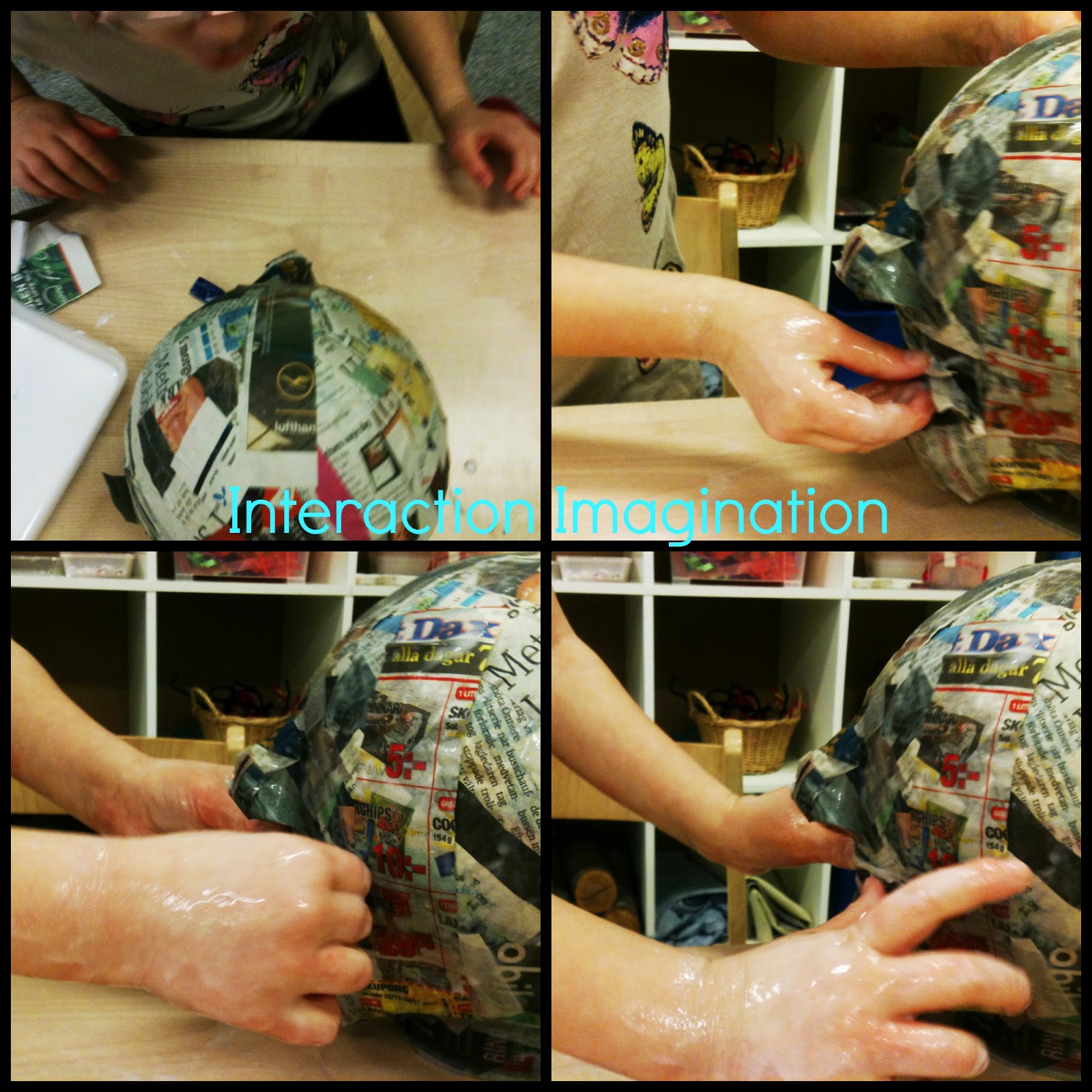 The idea was to fix the eyes today as well... but the head started to get very VERY soft dues to the enormous amounts of glue being explored and used... so we will wait until the head dries and hardens before attempting to fix the eyes.

The head has also been covered with a layer of white tissue paper, so that it makes painting the head slightly easier.
Posted by Suzanne Axelsson - Interaction Imagination at 19:55

Email ThisBlogThis!Share to TwitterShare to FacebookShare to Pinterest
Labels: in the atelier, listening, the competent child