The idea with the listen dance is of course to work on our listening skills... but also to rflect that there are many ways to listen.

The children were paired up - one to draw and one to dance... and then they would switch roles.

The dancing child needed to listening to the music (we played Tchaikovsky's Nutcracker Suite) - and then move their body accordingly... what was the music telling them... and how could they tell this to someone else using their body?

The drawing child needed to listen to the body language... what were the movements telling them? They drew with black pencils on a large sheet of paper their interpretation of the movements... the pencil moving as the body - interpreting jumps, twirls, arm movements etc onto the paper.

When everyone had danced and everyone had drawn we gathered together to listen to the stories on the paper. What did the drawings say... and were they saying the same things as the bodies?

Some were in agreement, but not all. 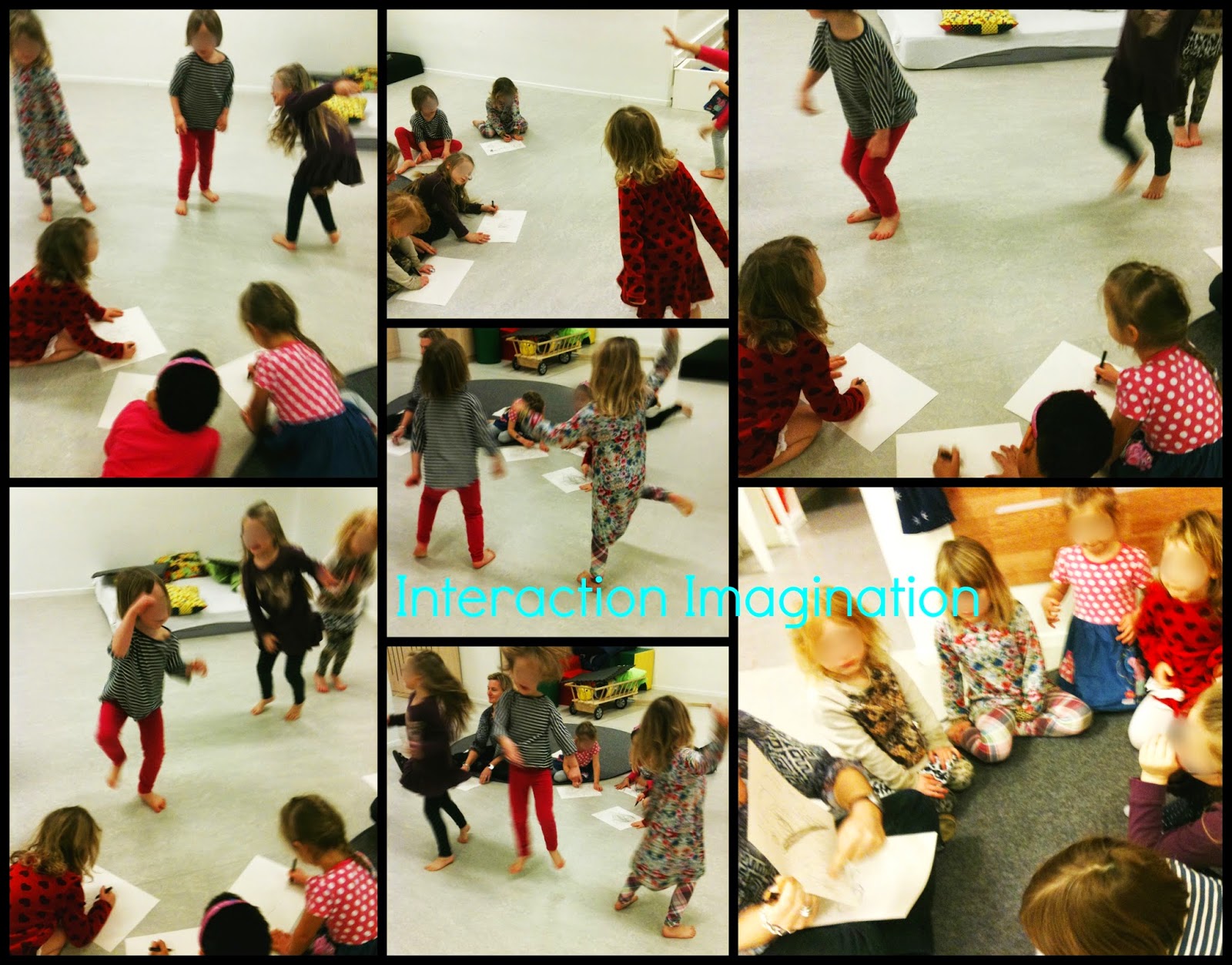 It was also interesting to observe... could the children focus on just their dancing partner and follow just their movements on the paper... with so much excitement it take agreat deal of effort and self regulation to just follow your partner...