Last week the children got to see their square design constructed with magnets and blocks etc in the contruction area as well as lots of images of real life public space design, which I selected based on the children's expressed interests in previous dialogues.

They reflected about what they would like to keep and what they would like to change... the monsters and the balloons and flowers were keepers for everyone... the castle was a keeper too, but they chose a different design, as the idea of sliding and playing appealed . The cupcake should be replaced by waterplay, and the doorknobs replaced by a fence and animals (which I have not managed to fit on... and with intention, as to stimulate the concept of how busy/full the square already is). The shiney surface was replaced with anew shiney surface design they saw, and there was a need for benches... ones that could be played on, and the one with lights was very appealing to (understandable when we have really dark winters here).

So what will they make if this image...

AND what will they think of the feedback they have got from Richland Academy on their previous design? it is going to be an interesting day for sure tomorrow! 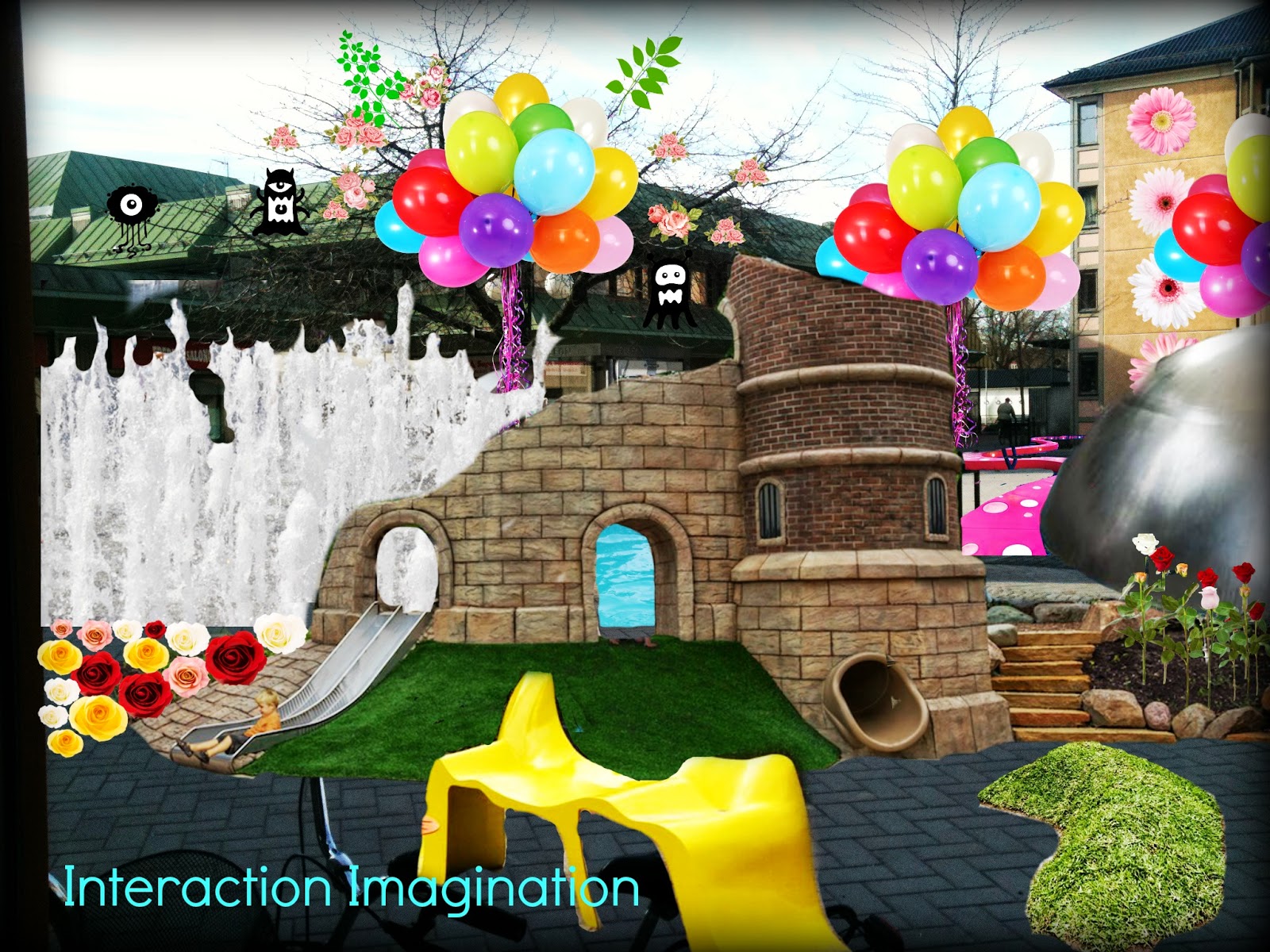 Email ThisBlogThis!Share to TwitterShare to FacebookShare to Pinterest
Labels: Collaboration, creativity, international collaboration, Together on the Square Project