Hovet preschool is a newly built preschool... it opened its door for children last year. (2016)

It is a preschool that happened to be on my walk, as I made a detour round the lake of Trekanten and walked up the hill to see what I would find up there... its been a LONG time since I went to the top of the hill!

It was a Sunday... the preschool was closed, but like all preschools the grounds are open to the public, so I took a walk around and took some photographs to share.

The preschool is built on two levels... as it is built into the hill, and there is ground access to both levels. There were three outdoor play spaces... each with gates connecting them. it was also situated next to the forest, which I could see they used as there were dens and other traces of play in the forest... and down the forested hill you get to Trekanten... a small lake with the fruit park at one end and a beach at the other... The preschool is located on the hill at the far end of the lake from where I stood to take this photo, on the right hand side - not far from the white high rise peaking out on top of the hill. (my son's school is just behind those clump of trees to the left, the fruit park, with banana slide etc at the far side in the green below the series of light coloured buildings - the community where I live) 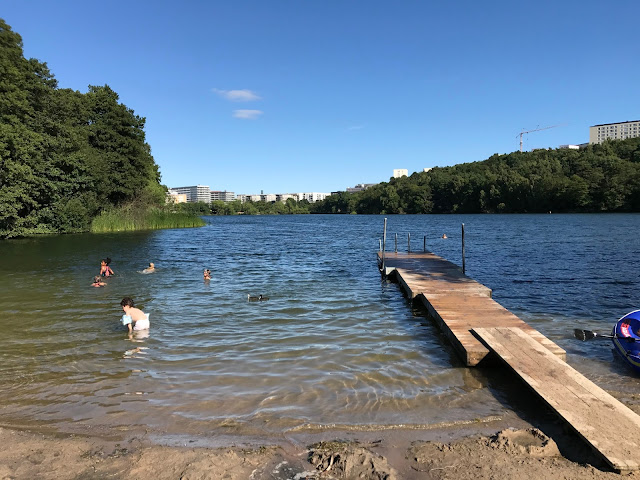 So without further ado... here are the images from the preschool's playspace... 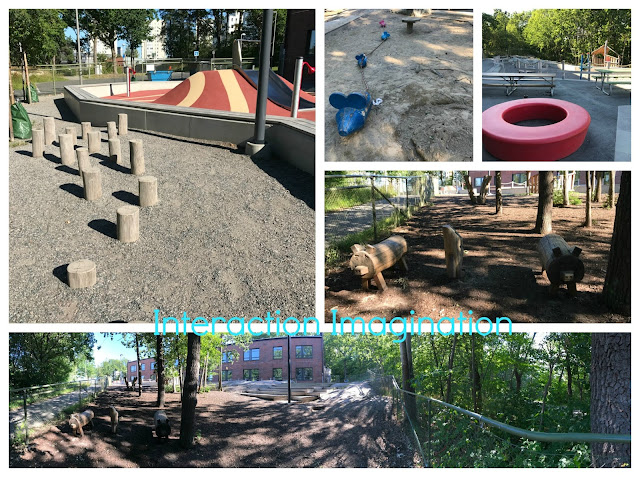 The lower playspace with wooden pigs to sit on by the fencing and next to the forest. The wooden animal thing on a rope in the sand box is not fixed and can be moved... and was quite heavy... I like the idea of giving the children something heavy to explore with their bodies and would require teamwork to move. There was a tunnel also next to the slide, and artificial grass... which is not a problem with access to so much nature as well... it is like offering them even more surfaces to explore. 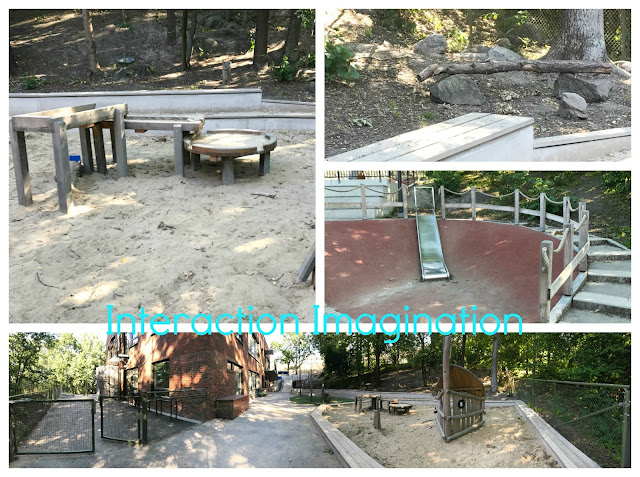 behind the preschool there were two playspaces, a lower and a higher one. The photo above is of the lower one... The panaram view at the bottom shows the gate that not only connects to the play-space I have already explained, but also to a gate to the forest... so the preschool has direct access and does nt need to walk around to get there. The space also has access to a forest space on a steepish hill, here I could see the children had been making constructions with rocks and branches - you can see an image of that above.
There was also plenty of space to sit, or build on surrounding the sand box that had some form of water/sand table in the middle. 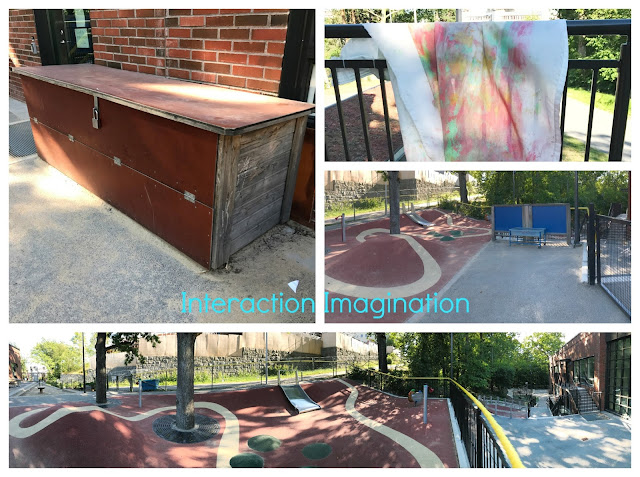 The top playspace (above) you can see in the panarama photo how it connects to the lower one. This was a smaller space and looked as if it was designed for younger children.
I like the fact they have put a line in the surfacing... I have watched children being inspired by patterns and lines in ground surface and how is influences their play... sometimes the surface has been enough to stimulate play and no other equipment has been needed (my trip with a preschool group to the city hall really showed that... there was NO play equipment... only ground with patterns on it, not designed for children's play... but they found the play in it anyway.)


And here are some photos of Trekanten during the seasons and some of the animals I have taken photos of during the last 6 months... just so you can see what these children have access to if they and their educators take the time... 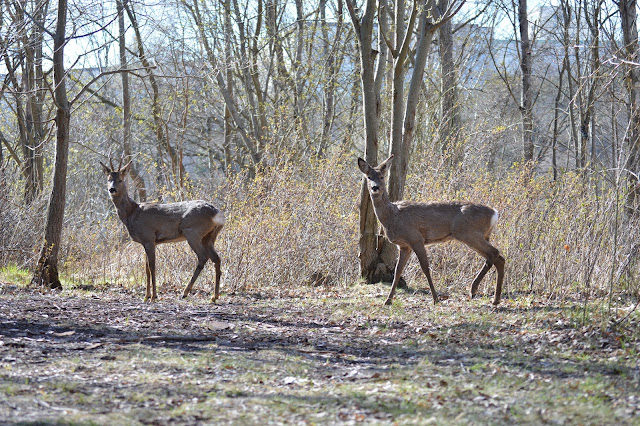 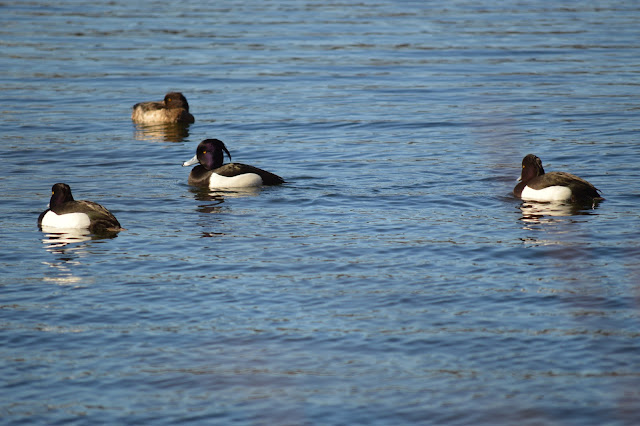 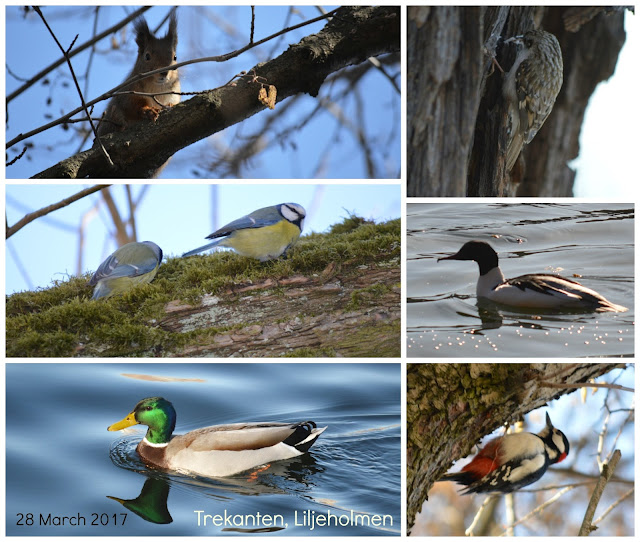