In the afternoons this term I will be having short sessions with each of the preschool groups in the atelier. Part of the reason is to allow all our different compentencies as teachers to be made available to all the children, partly so that all the teachers can see the projects that the children are involved in and also so that the children can be inspired by each group's project.

When I have a small group from Himlen or Molnet with me in the atelier I also include a few children from Vinden, on the understanding that they are there as observers and my priority is the children I am working with on their project. This is not so easy for the moment... as the children are not used to being observers... but I believe that it is a useful skill for the children to learn... to not always be the centre of attention but to enjoy the efforts and contributions of others.

Molnet have a HAND project this term... and to support that in the atelier I have brought out a big slab of white clay for the group to explore with the aim of them to experience this medium with their hands and also to strengthen hand and finger muscles to support future writing and drawing skills.

The below photos are the first documentation... the first small group that came to explore... the large black area is left blank as that is where I will put my observations of each child, the story of their first experience with a big slab of white clay.

A few observations I have written after the photos.... 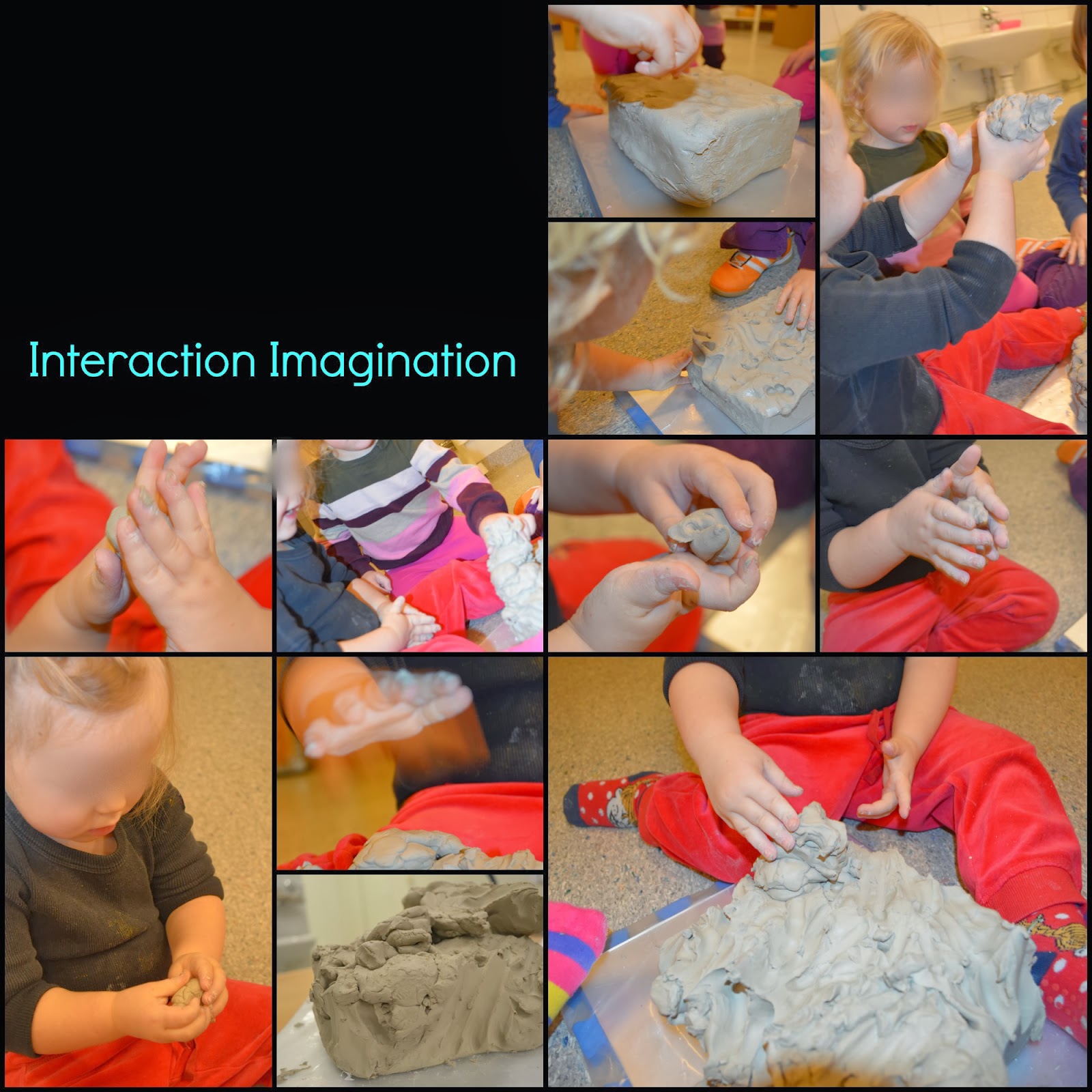 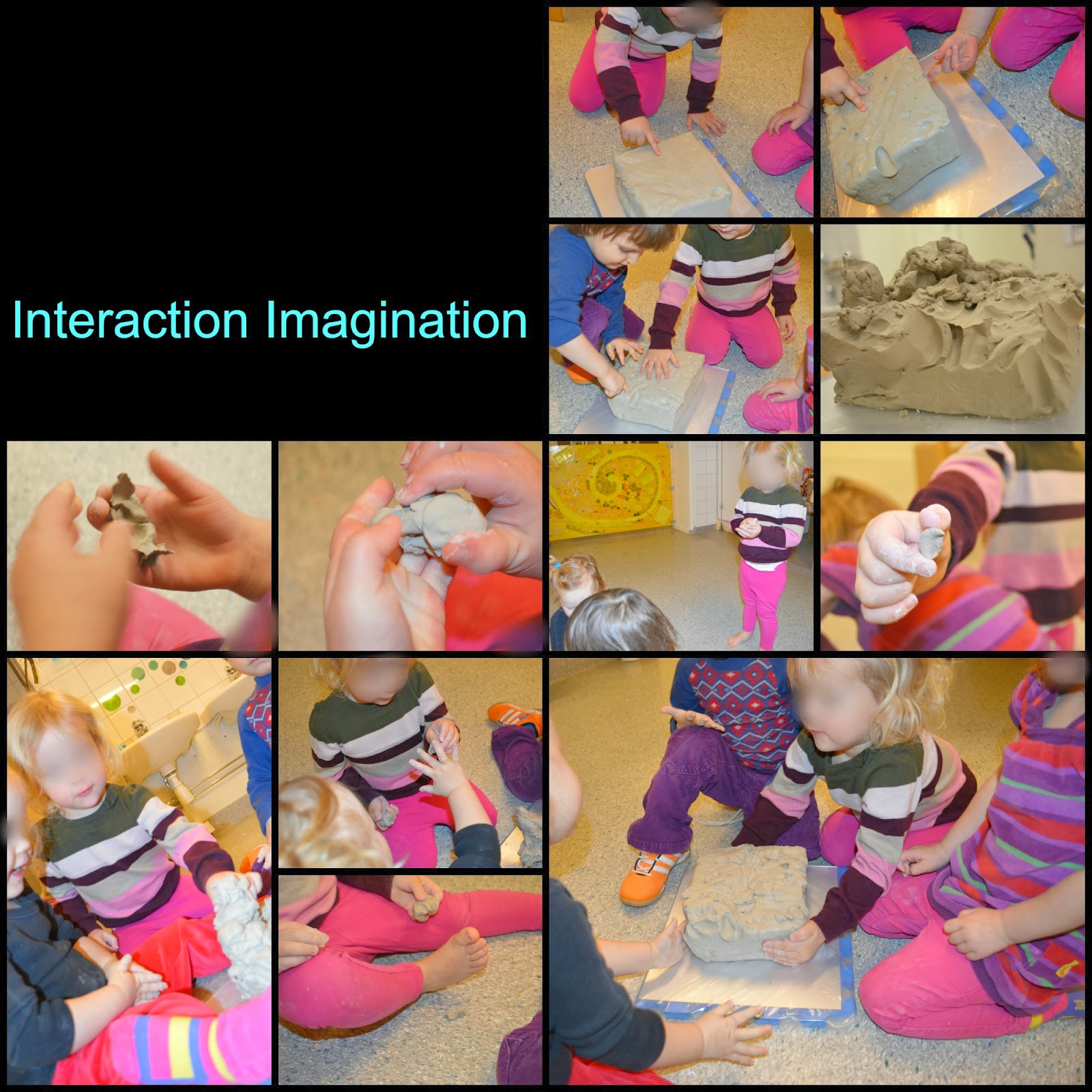 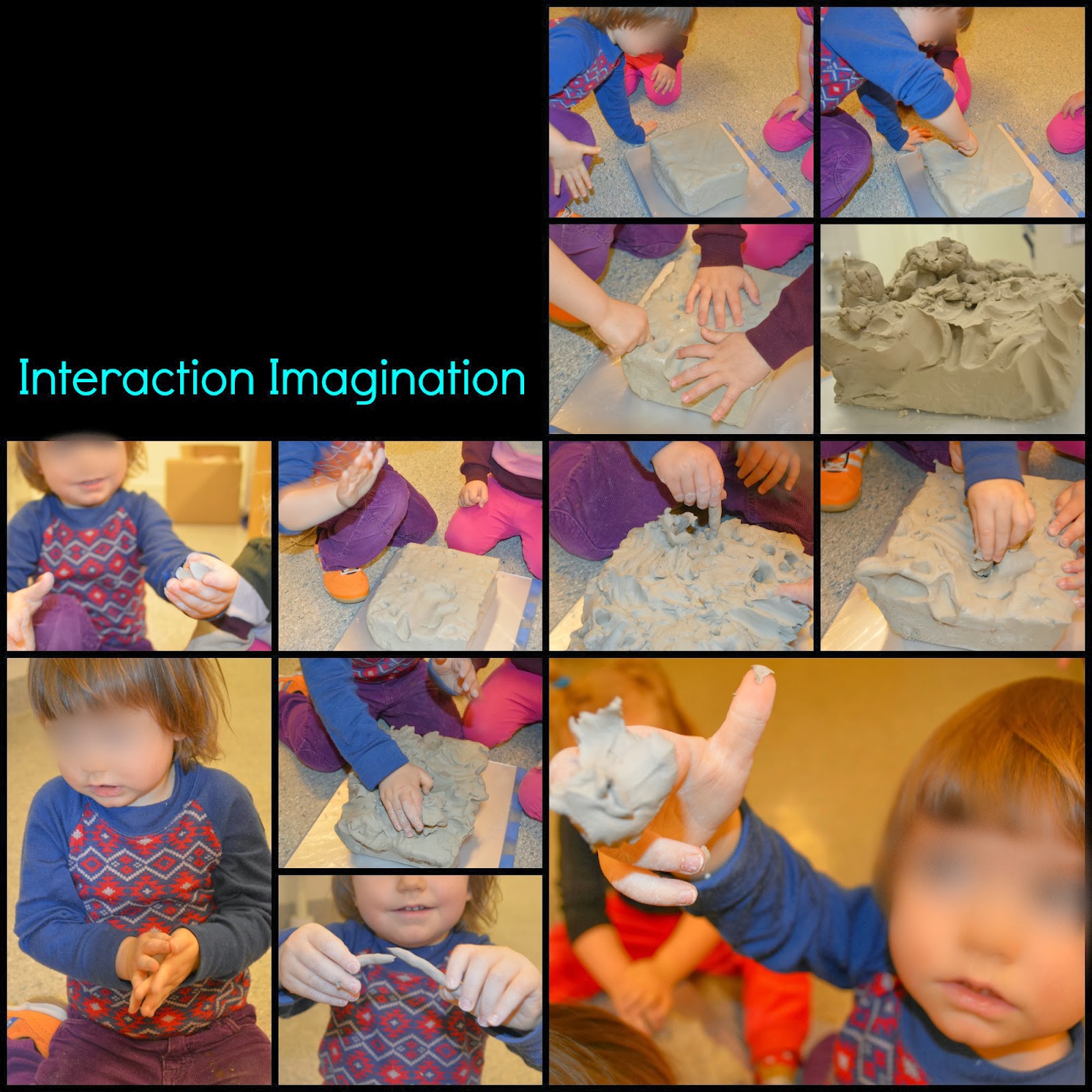 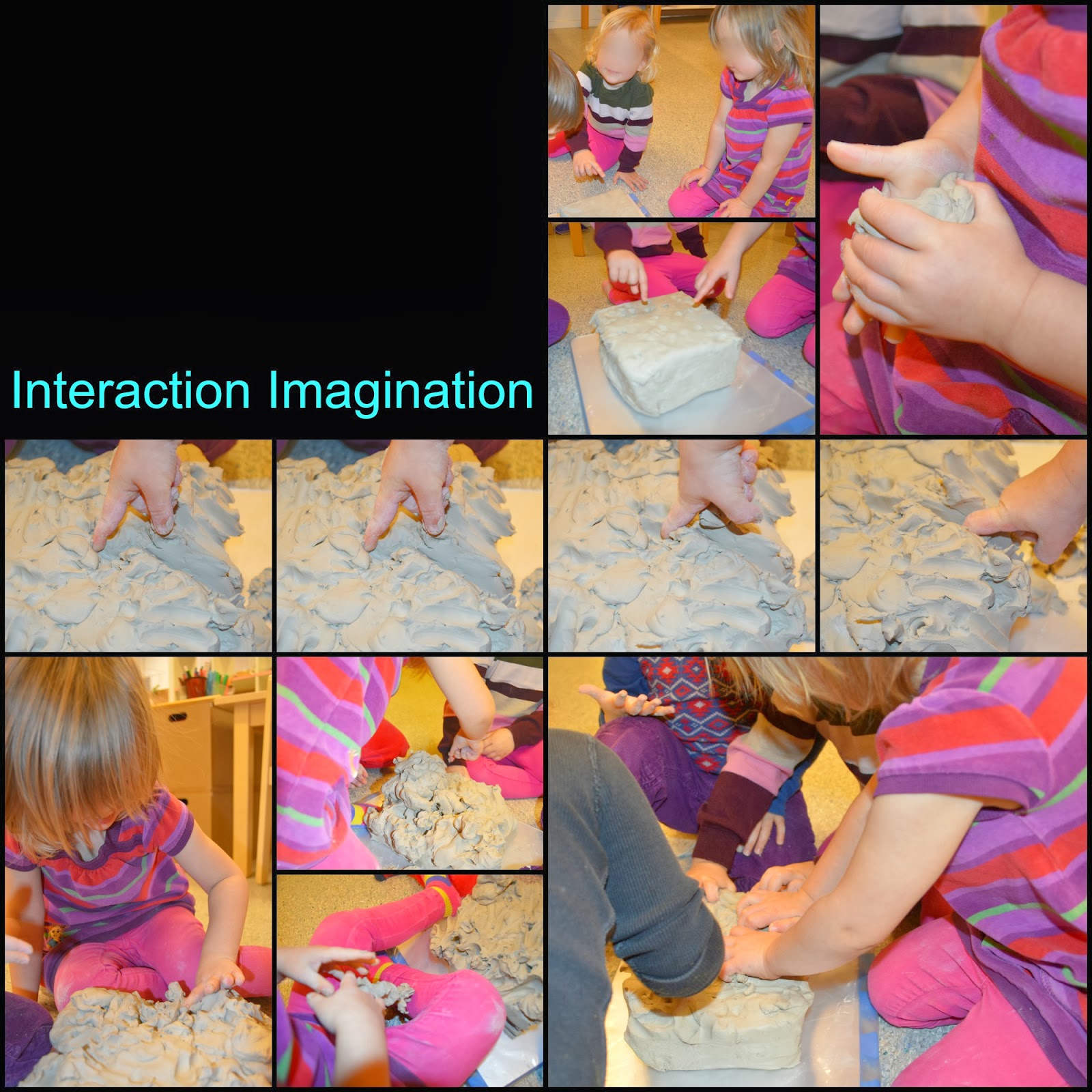 all of the children were a little hesitant of touching the slab of clay... it was untouched and maybe this was part of the reason (it will be interesting to see if this is the case with the next group which will continue with the same piece of clay). I placed my finger on the clay several times to encourage them to try. One child waited longer before trying herself, observing what the other' reactions were before braving to touch.

After a while I dug my finger in deeper. They also experimented with this. THEN after some time I pulled on a piece to extend it, but not break it off. The children looked and after that there was more experimentation, including breaking bit off.

The children continuously watched each other. When one child started rolling her bit into a ball the others started to do the same. When one started to make a tower, others helped to make it bigger. There was a lot of collaboration interspersed in the individual experimentation. The children were obviously learning from each other... and then giving themselves time to explore the clay before observing their friends again for more inspiration.

I took lots of photographs, explained why I was taking photographs - so that they could see their own clay story, they began to interact with me now and again, showing me things, but mostly they were fully absorbed with the clay and each other.

If a child made a hole another would fill it with their clay. There were no complaints, just curiousity. Stories began to appear as a bridge like shape was formed and small clay like shapes started to trot trot trot over the bridge... could this be Billy Goats Gruff? There was very little spoken, except for my voice now and again giving vocabulary to these two year olds actions... naming the parts of their hands that they were using - fingers, palm, thumbs; describing their actions... of course this enable the children to be inspired by each other, as they heard something that interested them they lifted their head, observed, located who it was referring to and then tried the action out for themselves.

They all ended up rolling... balls and snakes; they all made holes, the all hit the clay to make prints

One child kept taking a few paces away, standing and observing before returning... holding a handful of clay that she squeezed. Another child actively seeked the approval of her friends - showing them what she was doing. The third child was more quiet and experienced in a more solitary way. The fourth was totally engrossed in the clay and tried to experience it in as many ways as possible, using observations of others to extend his own experience.

It will be interesting to see when this group of children come back to the clay for their second experience. Will they be equally shy of the clay at the start? Will the collaborate more... as the exploration of the clay towards the end of the seesion contained much more collaboration than at the beginning of the session.?

It is all very interesting.

Email ThisBlogThis!Share to TwitterShare to FacebookShare to Pinterest
Labels: creativity, in the atelier, Reggio Emilia Approach, sensory, the competent child