On my first day of preschool visits (or should I say Playschool visits) on my #PlayIceland2014 trip we got to spend the afternoon outside watching the outdoor learning and exploration.
I also got to witness some shared learning... from the very beginning until the end of this play exploration... it was exciting to watch how a child accidently made a discovery and then went to get friends to share and show them how... 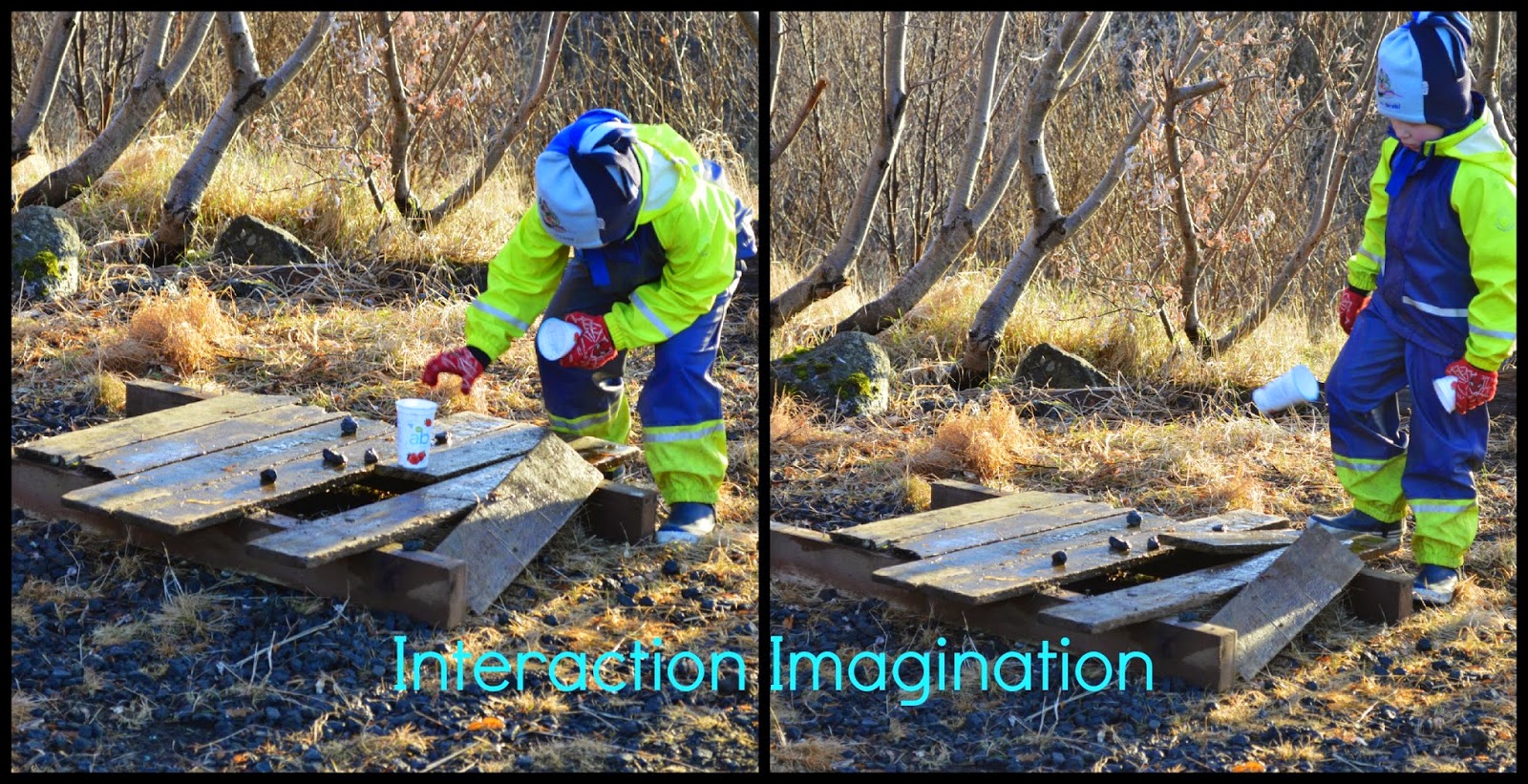 This is the pint where the discovery is made... that the cup could be catapulted into the air by the foot on the other end of the board... the first time the cup barely lifted... then it was done purposefully two more times where the cup lifted more. 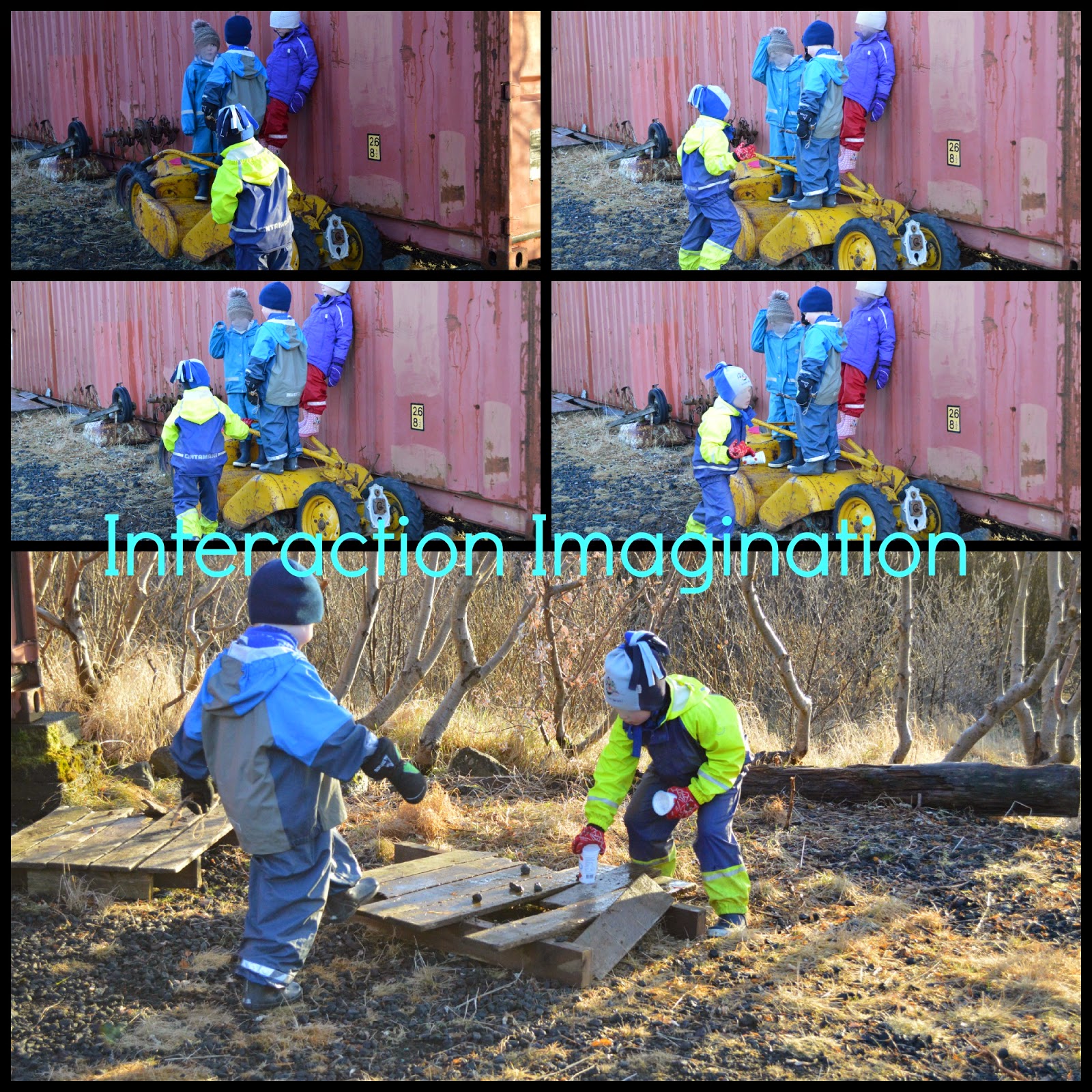 The child went round the corner to share his discovery with friends and encouraged them to come and see. 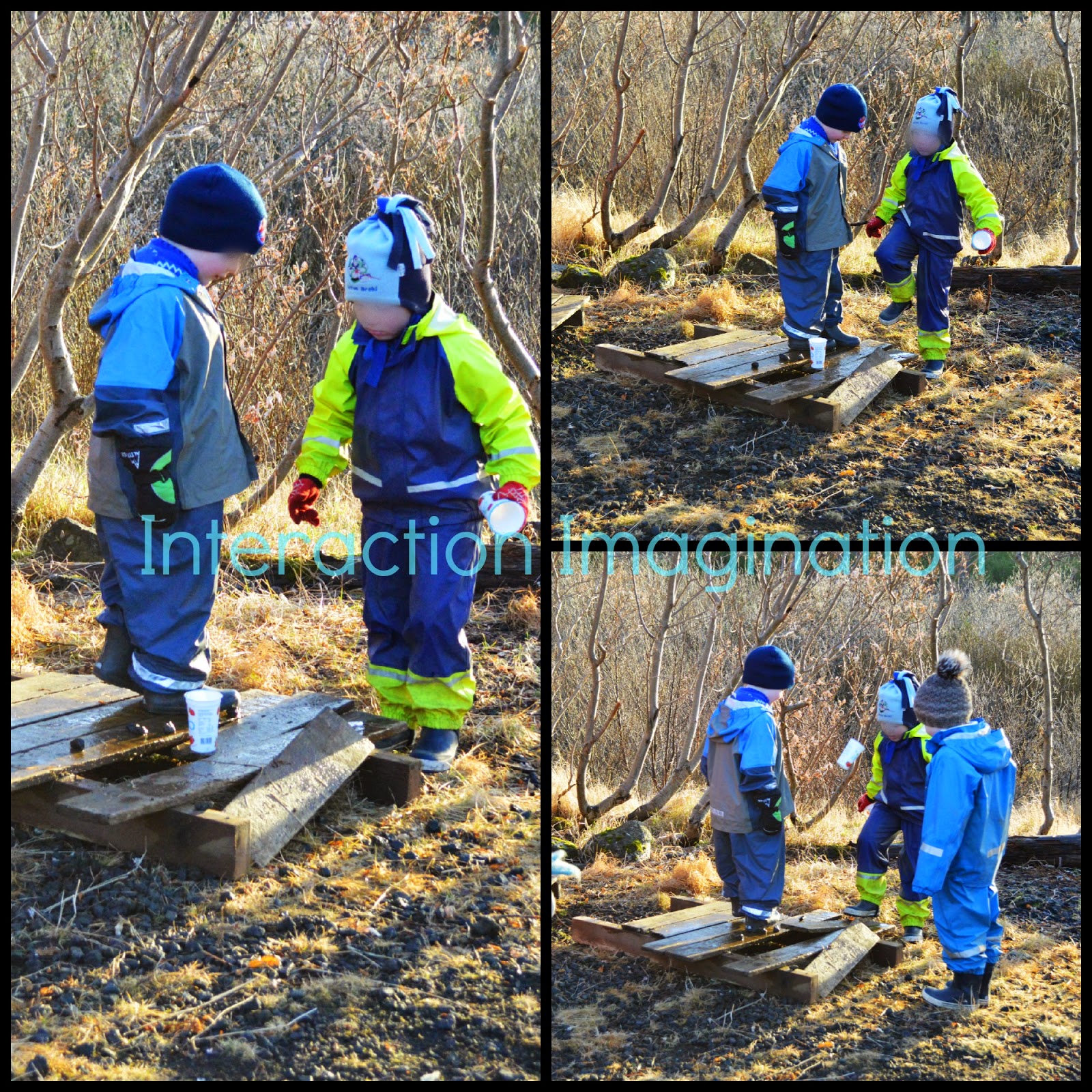 he showed them his dicovery 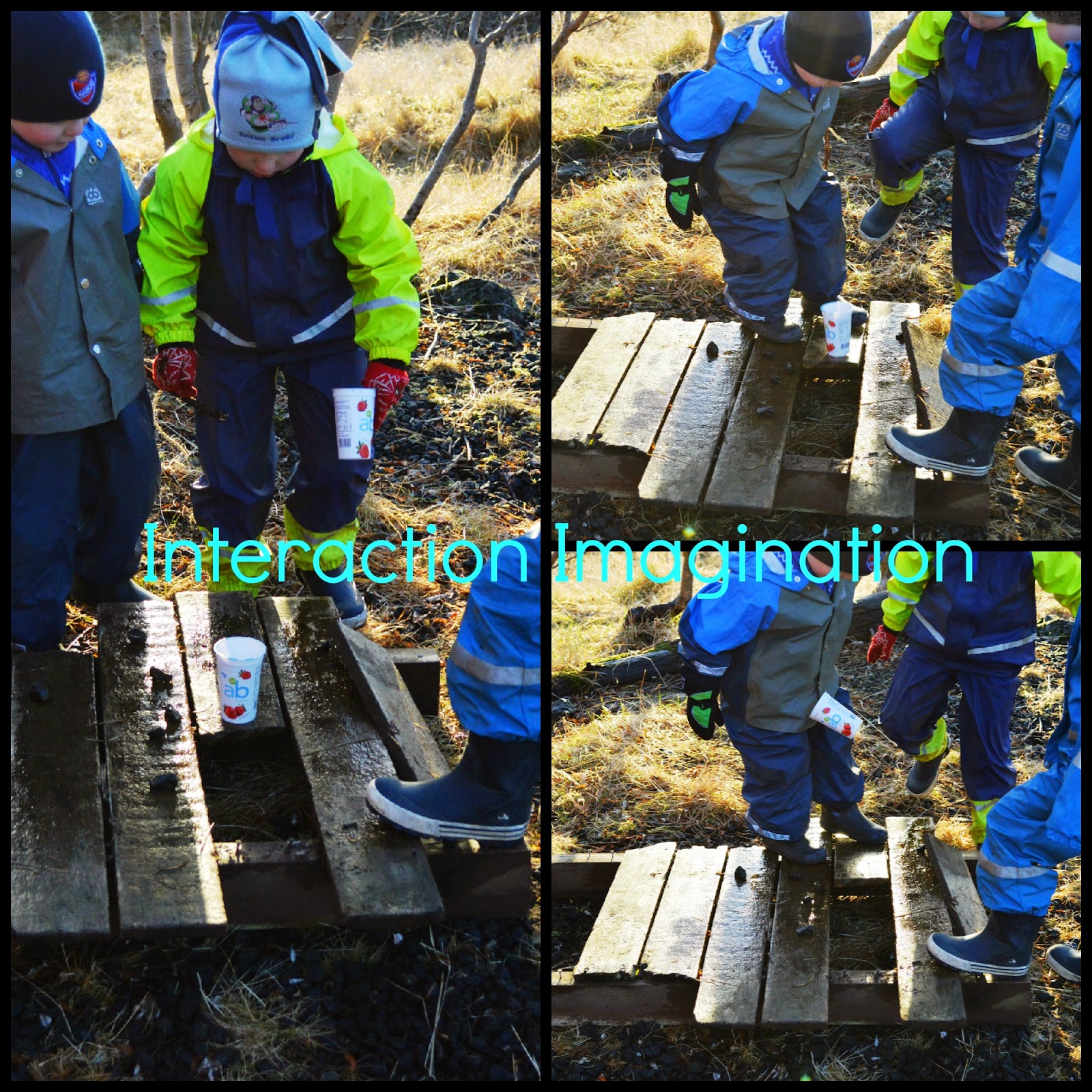 and then showed them how they could do it too, when they asked for a turn. 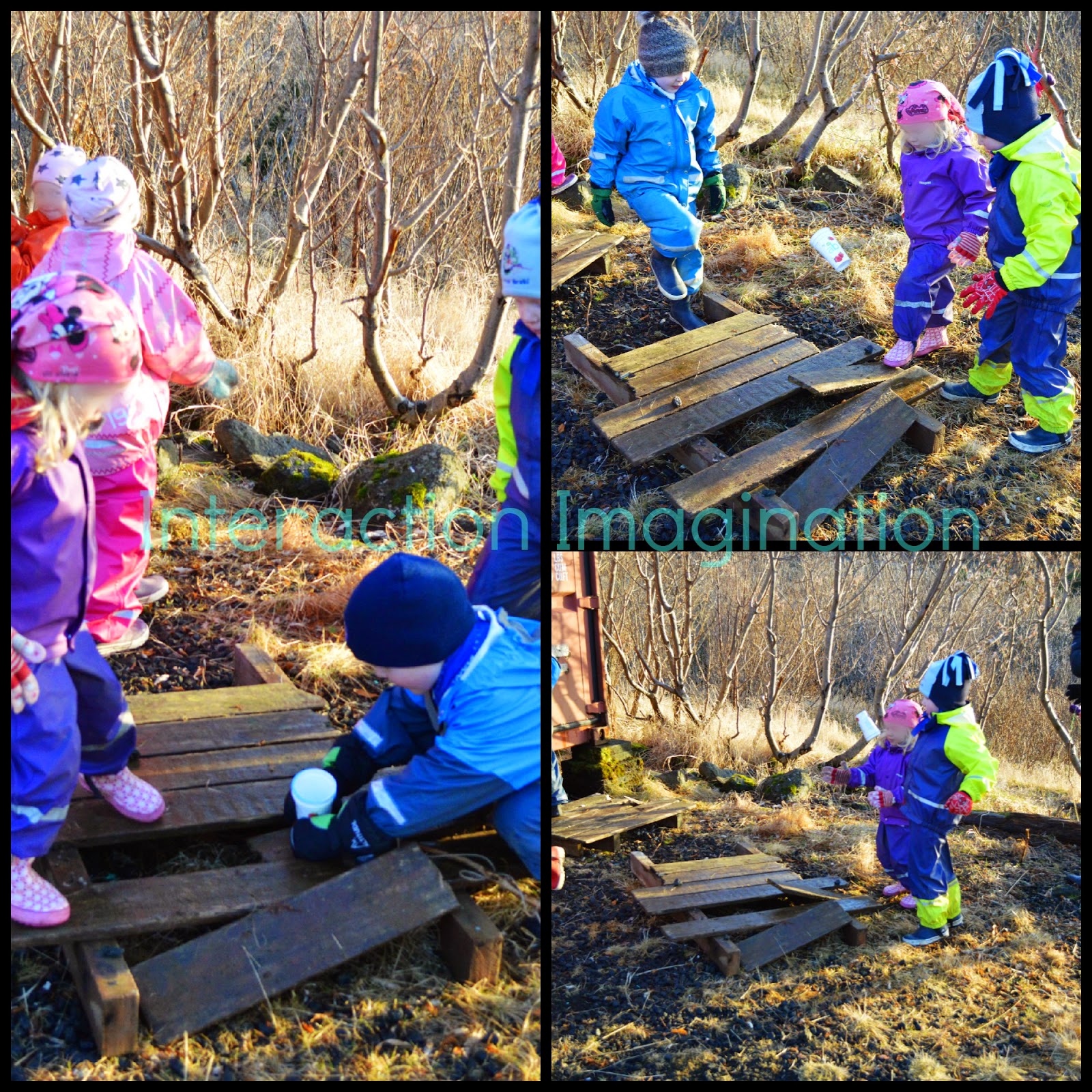 More children took an interest and they were also shown how they could catapult the cup into the air. 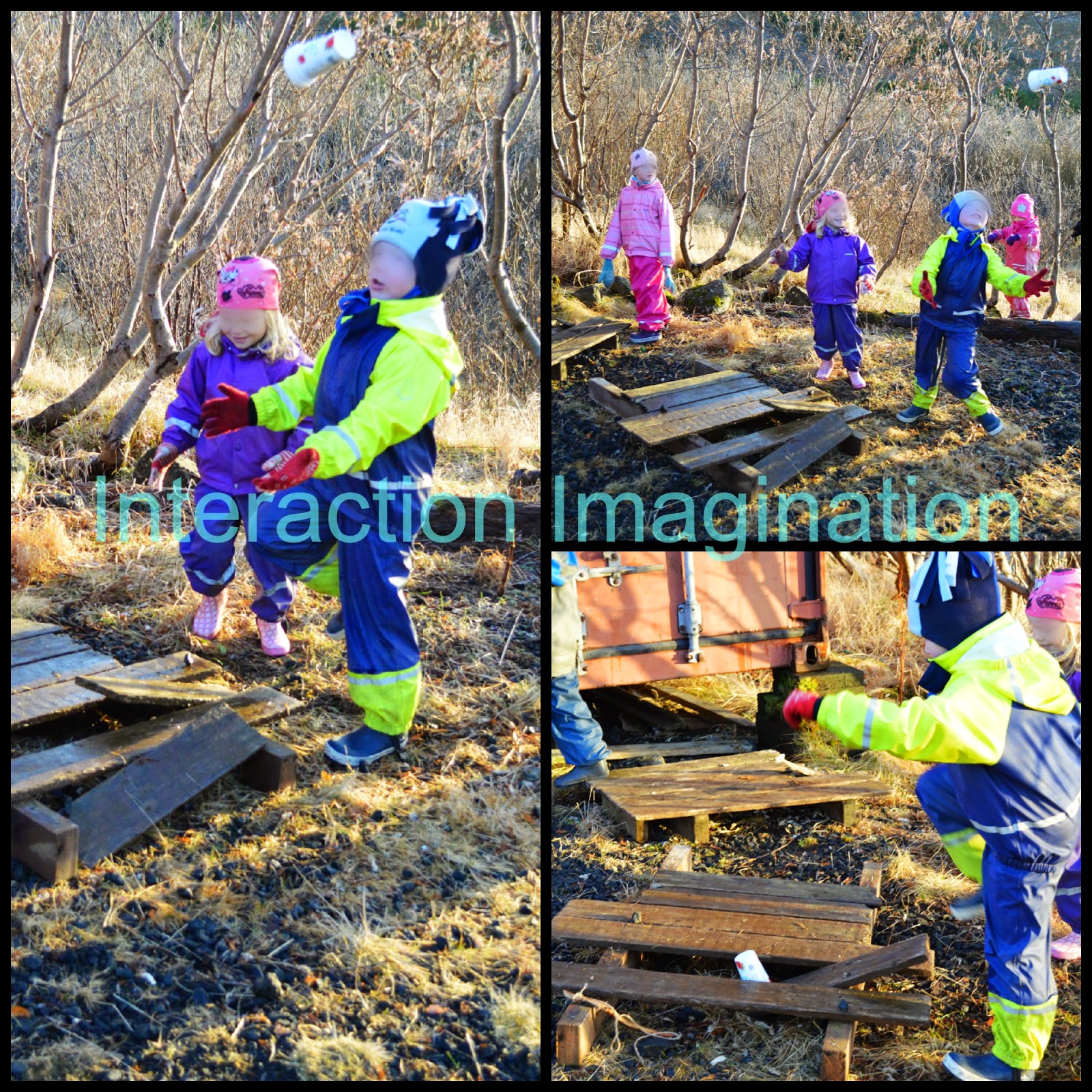 The children experimented with the positioning of the plank and the pressure of their stamp down to vary the height of the cup... the cup flew at considerable height at times. There was also the learning moment where a child stood too close to the cup and it flew into the child's chin... the child did not sustain an injury and was more shocked by the experience than anyting else (these were empty yoghurt pots, so very lightweight) 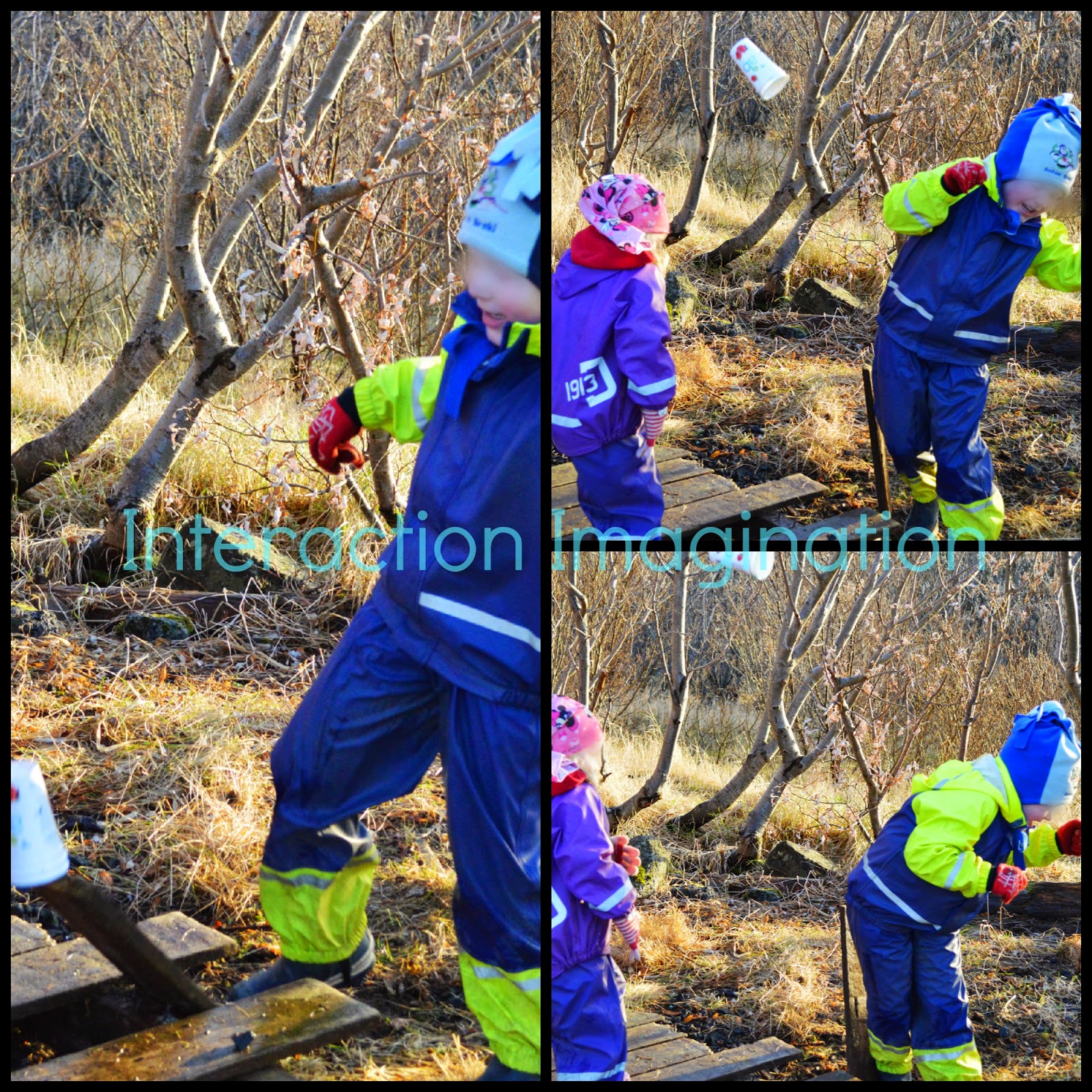 But all the children learned something from this... that there was an element of risk... after this incident there was not the same confidence when the cup flew into the air and the children protected their faces. But they also learned that the risk was not big enough to stop their experimenting.
Posted by Suzanne Axelsson - Interaction Imagination at 15:55