It has been exciting watching the children continue with their portraits... and how it has been influencing their drawing and their play (playdough for example)

We started off with mirrors, pencils and then coloured in with oil pastels and water colours 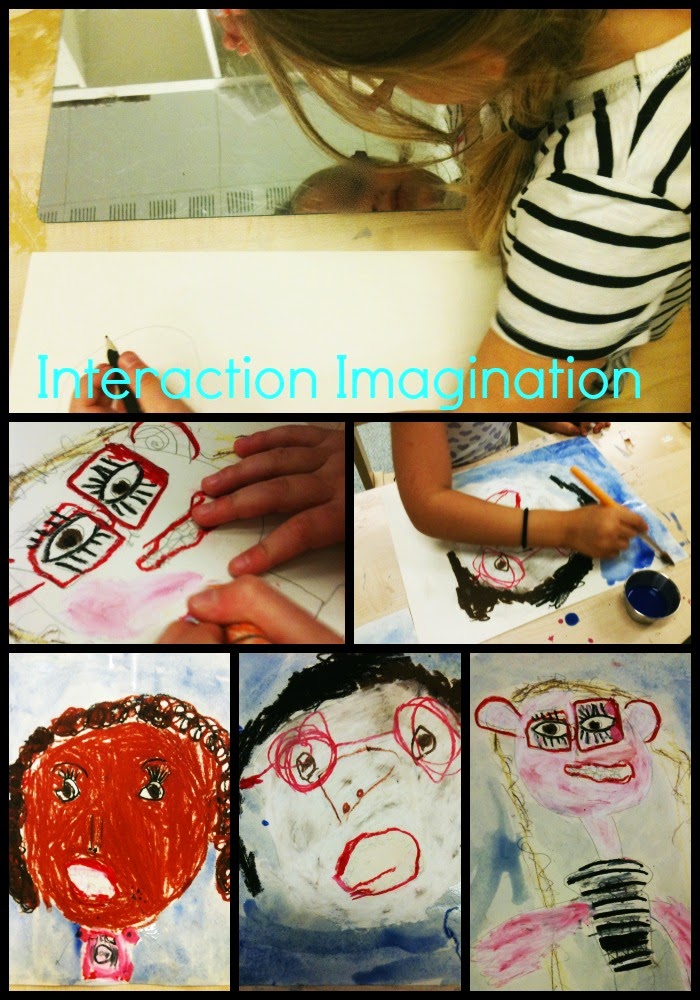 The next portrait was using the children's photographs underneath plastic. The children used a permanent marker to trace round the outlines of their own photo - and the following week we then put the plastic portraits on the overhead and were able to create enormous portraits on the wall.
you can read about these processes here and here 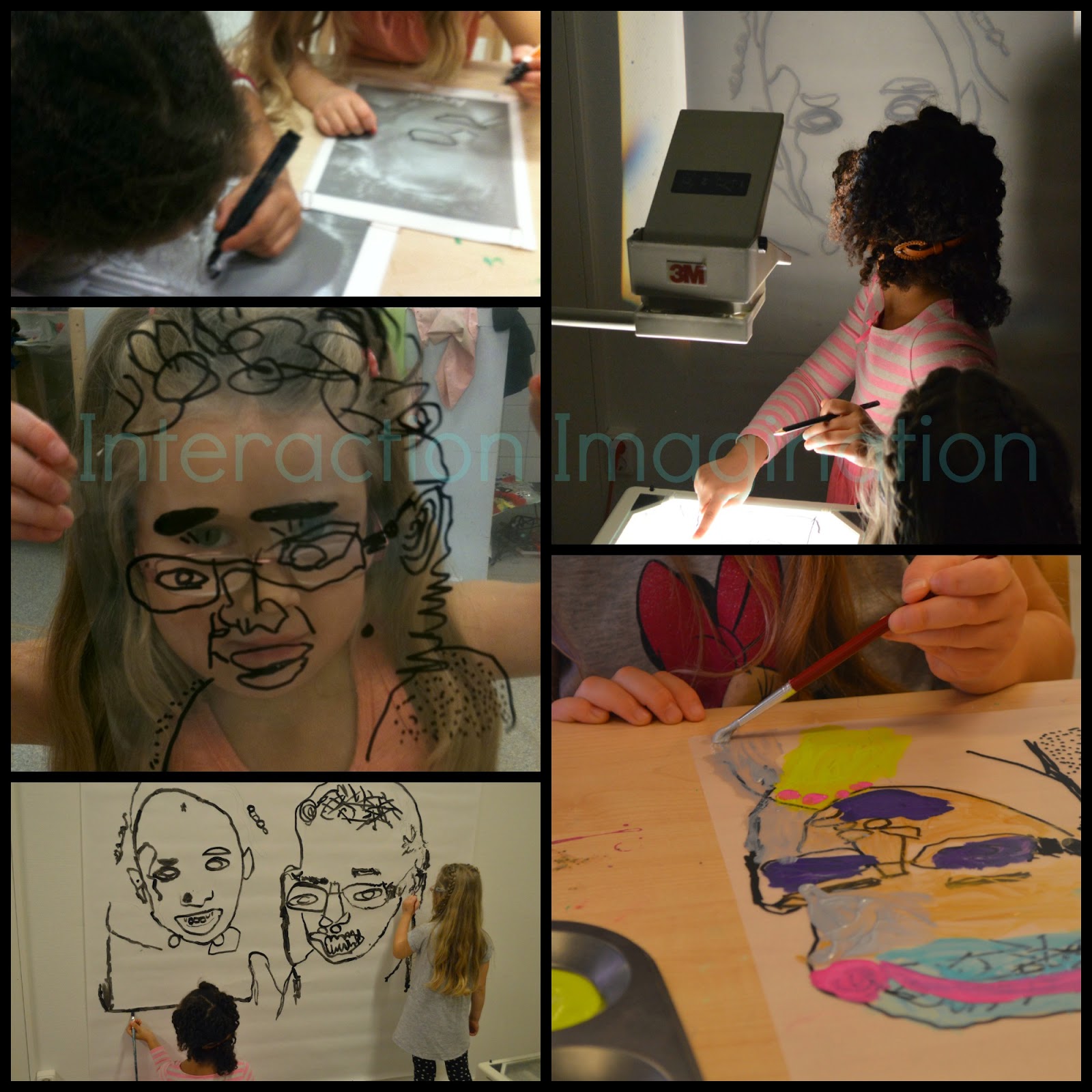 Playdough has been used to create self portraits too... and interestingly when the child looked at the photo of her playdough portrait she decided to make changes to the mouth, until she felt satisfied. 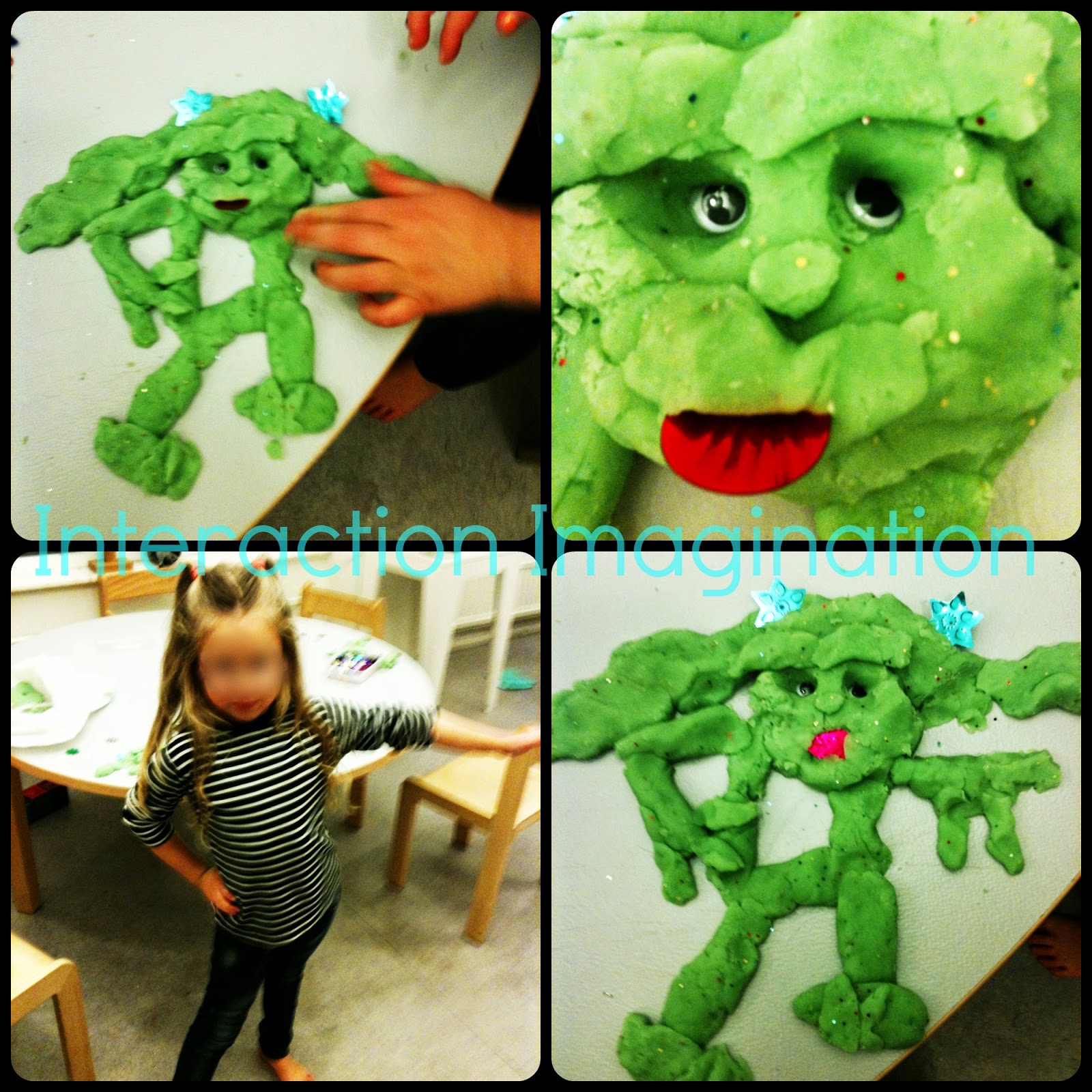 Today we returned to the giant self portraits and decided to try and make these ones more realistc in colour than we had with the plastic.
We started with the background... gluing on tissue paper, and wrinkling it on purpose as a special effect, as we all liked the unpredictable nature of the blue tones getting lighter and darker in the wrinkles.
Next they created their own skin colour - they mixed colours until they felt satisfied that they had captured their own shade skin colour. They then did the hair and clothes and finished off with details of eyes etc.
Since we used any colour last time, the children found this portrait more tricky to do... as last time when they got "bored" of a colour they simply changed... this time I would not let them deviate, unless, I told them, they had a good reason; and as they did not come up with ANY reasons for changing the colour scheme we stuck with the colours that were most like them in real life.
This was most certainly a test of their awareness of what they were doing - as I am open for things to change, as long as they have thought through why they want to change, how they are going to change etc... they did get a chance for some free painting with the left over paints afterwards. 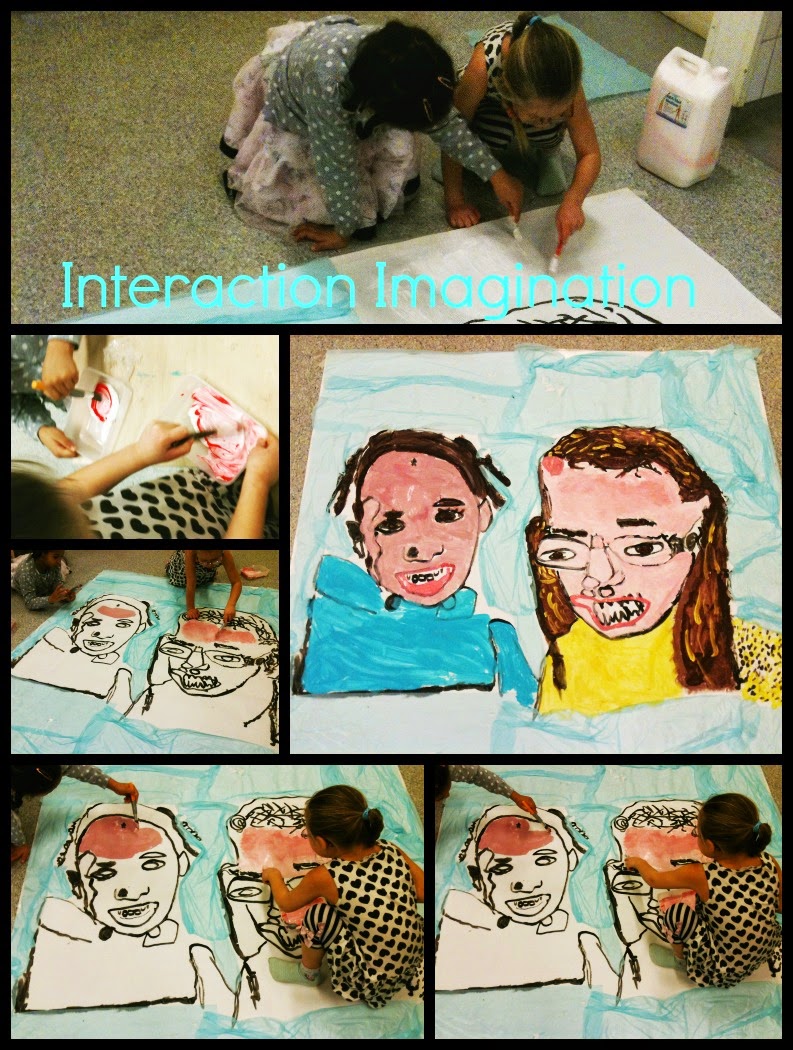 Having seen the film on papiermaché that I linked up on my blog facebook page I am beginning to think that it would make a great next medium to explore self-portraits....
Posted by Suzanne Axelsson - Interaction Imagination at 17:51

Email ThisBlogThis!Share to TwitterShare to FacebookShare to Pinterest
Labels: creativity, in the atelier