Rules...
why do we need them?
Are they important?
And how are they used?

I have been thinking about rules alot today. About structure.
Having a philospher colleague makes your head spin - and it's a good thing. It makes you think and rethink and dig deep into why you work the way you work.

Sometimes a group needs more structure than other groups to enable them to be free. Seems like an oxymoron doesn't it?
But, for example - if four children are building using the same materials  - and their play is replaced by a dragon-like treasure hoarding and all the children are able to do is snap "mine" and try to steal pieces they want from each other ... and finally sit with the pieces between their legs with their arms preventing anyone reaching
- then I feel that these four children need structure - they need to learn AND practice how to play co-operatively and collaboratively. The structure came as the temporary rule "you can only build together if you want to use this material"...
suddenly the children were given new eyes to look at the materials - they had to communicate about WHAT to build together (with support and a voting system) and then they needed to communicate about HOW and who was going to do what. At the start of the build they needed a lot of support, but slowly their need for scaffolding was less and I could withdraw my input to the point of just being in the same room instead of being in the thick of it...

For me, structure does not mean I want the children to follow blindly - I welcome challenges and alternative options - BUT the children also need to time to practice their social and emotional skills - and to do that they need our support. We need to allow the children to be competent and not to find themselves in situations where we as adults need to step in to solve the issue... to say no... to say stop.
.. but can that be done without rules?
Is there any society that does not have rules? And how safe are these places "without rules"?

So when I say rules - they are the VERY basic of rules - they are essentially rules that allow us to provide both an atmosphere of  Human Rights (simplified version) and the more specific children's rights... that the rules are not there to enforce our adult will upon them, but to allow the children to be treated and treat other with respect and understanding.
Without rules, without structure, without a framework (however you like to call it) it can be hard for the children to know what this respect is, to understand that IF they wanted to talk and be listened to they also need to listen to others. That if they do not like to be pushed, shoved, kicked and hit, then they must not push, shove etc. That if they want to be first all the time, then maybe other's want to be first sometimes too. That if they do not like it when other's laugh at their mistakes that maybe they should not laugh at other's. etc etc etc.

Just as a baby learns to walk, we support them - first with two hands, then one hand, then a finger and eventually they have mastered it themselves - we need to support children's emotional and social development too. And, as all children are different, HOW this is done will differ from child to child and group to group. Some groups/children will need more structure for longer than other's to be able to practice and master their social interactions with each other... and sometimes as teachers/adults we will let go of the hand too soon and they will fall down. But it is just to get up and try again.

What we do NOT want to do is to forget to loosen the grip, enforcing our journey, our path on the child/ren.

That is why the philosophical dialogues are so important - because they allow the children to see how we all think differently, that it is OK to think differently and that access to alternative thoughts can expand and enrich your own perceptions of life.

This is how I see structure/rules - they are there to ensure that not just the fastest, strongest, loudest, most violent etc etc child stands centre stage, but that all the children feel valued and safe. That all the children feel competent - and if that means I have to hold their hands with both hands for a while I will do that - for THEIR sake (not mine because its damn hard work) - and I will let go bit by bit allowing them to support each other, to rest on their understanding of social interactions that they have learned TOGETHER with me... not to enforce rules on them blindly - but to give them the ability to understand that screaming is not going to solve your problems, talking about them will give you a better chance to solve them or meet a compromise or a new understanding.

Yes, children will test - and there will be many an adult that feels like they have pulled out hair at one time or another as they have been sassed by a preschooler. Myself included.

I remember asking my father when I was a teenager why my sister and I had so many strict rules as we grew up - part of it was to do with the fact he worked in the police (fraud/murder) and the other part was because as a child he himself had had few rules - he could come and go as he pleased etc - and he always felt that it was a little scary with that much freedom. That the rules were there to keep us safe through LOVE - and that we were always welcome to discuss them with him if we felt they were unfair - and he pointed out - discuss them with me, with a decent argument for why the rule needs to be changed - and not just screaming "it's not fair - all my friends are allowed to".

Just as my father listened to me - I will always listen to children - not because they stamp and scream and demand to get their way, but because they are able to explain why this rule/structure needs to be changed... and for preschoolers to be able to do that, I need to empower them with language and communication skills and the power of listening and respecting - themselves and others... and structure will help them to do this, to practice this, to find their strength to say
"listen Suzanne, I don't need you to take me to the bathroom to wash my hands anymore - I know we need to wash them before lunch"
or
"listen Suzanne, I don't think it's fair that I can't hold hands with "x" on excursions - I promise that we will listen and stay safe"...

In this sense they have understood WHY we have had the structure - to keep them safe and healthy - and that they are interested in taking responsibility for their own health and safety - and we let them try - and maybe at first they just need a little finger of guidance... and then they have mastered the "rule" themselves... 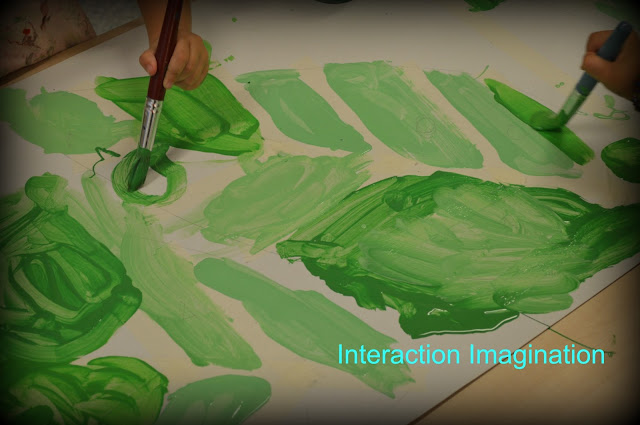 I dedicate this post to my father who died 20 years ago, (who would have been the best grandpa ever, and its makes me sad my children never got to meet him). I thank him for his love and for the rules that have allowed me to be FREE and to question other's about what is right... and the importance of listening to learn and to develop and to expand as a human...


Reflection: December 2013
I look back on this post and feel that although my little group has come a long way in their social journey there is still a long way to go... we have also made the decision to apply for extra support for the group to meet the needs of the group and individuals in the group that are in need of one to one assistance on a daily basis - the kind of attention that means at the moment that if we give the child that time that the child has the RIGHT to - the other children then have a 1:10 ratio when they have a right to half of that... finding balance is hard, and the group as it is NOW requires a great deal of hand-holding for them to remain positive and competent... with an extra assistant it will enable us to give the support the children need at the right time and also allow them to lead the moral compass rather than leaning on us as much as they do...
Next year we are changing our philosophy tactics with the first session each week being a photograph projected on the wall of something we did the previous week - so that the children can discuss that - to enhance their own memory and also to discuss their own reactions and interactions, as well as their feelings about and what they have learned. In this way we can open up an opportunity for the children to talk about what they are doing, and opens up more time for reflection. Rather than open questions, which has been great, and we have established a sense of routine that has allowed a system of speaking and listening... but it feels like we have plateau-ed - it could be that at the end of a year children are tired and are longing for Christmas and time with their family (those children who ARE at home, as not all children DO get time off at Christmas except for the few days we are closed) or it could be that the children ne a new challenge, and new approach - a new understanding of themselves in their learning journey.
We have learned that using CHAIRS is without a shadow of a doubt the best deceision ever in philosophical dialogues. We have tried without chairs a few times and the children then shift their focus from listening and participating to "this is where I am sitting" "you are touching me" "if he can sit/lie like that so can I" - the focus is on watching and policing their peers rather than on the dialogue - the dialogue then needs to be controlled by US too much, which defeats the whole purpose of the philosophical dialogue... the chairs are the structure that give the children a competence... they are the third teacher...
Posted by Suzanne Axelsson - Interaction Imagination at 22:00