When I posted last week the process of philosophical dialogues at Filosofiska there have been many queries about how we choose questions and what sort of questions we ask...

Of course you can look at the Philsophical fairy discussions to get a closer look at the dialogues as I have written them all out there...
But translating and transcribing is a time consuming process (and even though it DID allow me a wonderful extra insight into the thoughts and conversations of the children I also like to spend time with my own children - so continuing with all the philosophical dialogues has not felt like a viable option to share on the blog).

Here is our planning for the Fairy philosophical dialogues...

1.
Discuss the various properties of a fairy.
Questions: What is a fairy? How does it look? What do they do? Where do they come from?
Aim: to think about the definition "fairy" and what this term means/doesn't mean. To discuss what the word "fairy" means in reality. To document on paper everything the children say.
2.
Present various images of fairies and people with wings and fairies without wings to see if one has more fairy-like properties.
Question: which image looks most like a fairy and why?
Aim: to discuss and think about what makes a gairy a fairy and what is necessary to be or not be a fairy. To also take the words from previous dialogues to compare with their original thoughts - are they the same, or have their thoughts about how a fairy looks like changed? 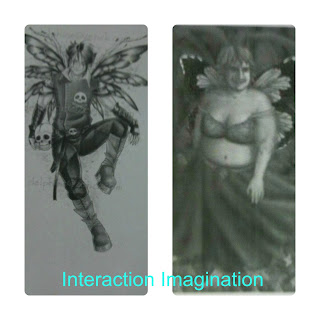 3.
Show images of themselves dressed as fairies. Discuss imagination and reality by discussing their experience of playing fairies in the forest.
Question: were you real fairies when you were playing. Are there real fairies. Was play pretend or real? var ni riktiga älvor när ni lekte? Finns det riktiga älvor? Var leken på riktigt eller på låtsas?
Aim: to think about and discuss imagination and reality through play and stories in relation to reality...

It did not go quite as it was planned - but we had not expected it to either - the planning was a frame for us and for the children's thoughts - Philosophy sessions 1 and 2 were asked over a period of a few weeks and by this time the children were getting the hang of the actual discussions, and we as teachers were also getting the hang of the discussion. The project was also permeating all areas of preschool life for the children in The Wind group which made it easier for us to start asking questions based on what the children were playing and talking about with us and each other throughout the day. For example the fairy door was not put up to be a part of the philosophical dialogues but just as a fun thing to do to provoke the children's imaginations. We did though end up bringing the fairy door into the philosophical dialgues as the children started asking questions and having theories and THEY wanted it as a topic. 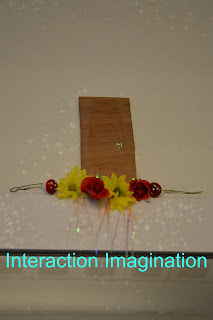 The fairy project evolved into a two week exploration of flight through philosophy - and although the children were enjoying the flight experiments it did not have the same sort of challenge to their imaginations as the fairy project did, and I felt it was a bit more like a series of lists of things that could fly and not fly. This could be due to the fact that it was a much more concrete subject, but also due to the fact it was just over two weeks.

Instead of halloween we wanted to explore fear ... the thought was that we would explore fear for 2-3 weeks over the halloween period and then return to flying - depending on the interest of the children - but it was clear that the children preferred the Fear project than the flying project. Fairies still keep popping up in both play and dialogues with the children - would the fairies be afraid, they are going to protect us...

The first question with the fear project was "are you scared/ afraid of anything?" - and we have gone on from there - choosing our questions based on what the children have talked about during the dialgues or by our observations of the children's play and their fears they show in everyday preschool life. Most children said they were not afraid of anything - but as the weeks go by they have shared their fears more and more. Our activities have also been based on the dialogues and our observations which has then given us more fuel for the dialogues.

Ellen and I need to talk a great deal together about what the children are interested in, what the children have been talking about and playing and also their development to work out questions that will be relevant to this group that we are working with.

Philosophy dialogue about the fairy door...

discussion around the images of fairies

I hope that this answers some of the questions - if not add a comment/question here and I can answer it the best I can...
Posted by Suzanne Axelsson - Interaction Imagination at 15:00

Email ThisBlogThis!Share to TwitterShare to FacebookShare to Pinterest
Labels: Philosophy with children