Its been a while since I sat here to write. I have had ideas of what to write... but no energy to sit and write them... not sure how this post will be but it has been on my mind for a week now and I need to get it down and let the thoughts start musing about other things too! lol

Two years ago I was working as a head teacher at a bilingual preschool and a situation arose where one of the staff came in and exclaimed her horror at the fact she had seen three other staff make a child cry and the frustration that she had done nothing to prevent it.

The scenario was this. A just turned two year old child was scared of one of the assistants, who was at the time the only pedagogue of African American descent. The three assistants involved said the child was a racist and wanted to cure the child by forcing the child on the knee of the very adult he was afaid of. He cried, naturally.

The three staff came into my office so that we could talk through and understand the situation and discuss whether small children could  be racist (and I am not even going to the place where children are fed racism and hate - because the children, I feel, are not understanding what they are doing, the are merely mimicking what others do).

I pointed out that this assistant was in fact very different on the outside than the rest of the teachers and the rest of the child's family - and that fear of the unkown is common in young children - it is just to look at how many children cry of fear when they see Santa with his face hidden behind a big beard - or when masks are being used. It does not mean that children hate santa and will go round and say and do mean things about santa and bearded people. It just means that this child has not been given the chance to get to know the real santa - and by watching and observing the kind behaviour of santa and other bearded people they will learn that it is not something to fear!

In the same way the forcing a child to sit on someones knee to get over a fear is not going to work - instead the child needs to be given the opportunity to watch and observe this adults interactions with others to learn that this person is no different than anyone else - and allowed to come to terms with what is different and scary does not need to be... 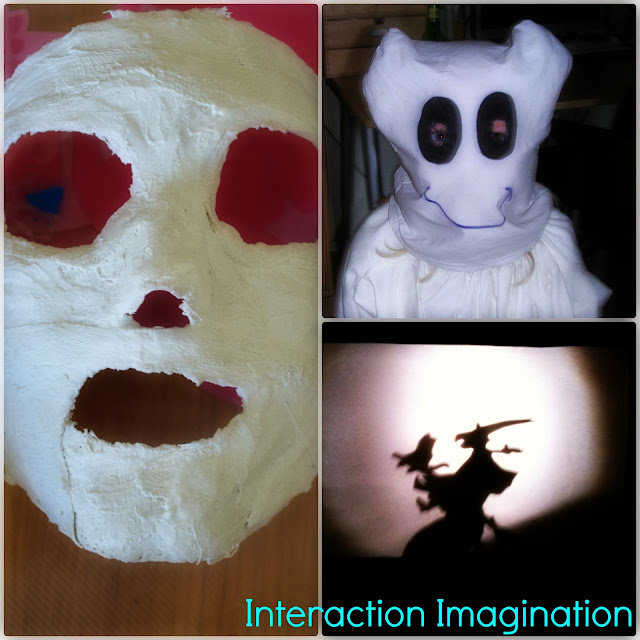 The reason why this has come up again is because on the last two Fridays we have had song-time with the whole preschool where teachers have dressed in costumes from the book "Mamma Mu" and sang songs inspired from the book (they are very catchy) watch here to see a trailer of the film it's actually quite hard to listen to that music without singing the words in my head!!

Anyway - despite getting dresssed up as characters from children's books three of the children were totally terrified and could only cry - so instead of forcing them to be in the room with something that scary (even though the head/mask had been removed and the teachers revealed and the situation explained - the fear was still too strong) I took them to be in another room... sad I got to miss song time, but much better for those three children to be able to calm down and play on their own terms... and maybe next time it won't be so scary - or the time after or the time after...

So this fear of the unknown I see it as a survival mechanism - until you know what it is you kind of keep your distance. As teachers we need to explore HOW to create opportunities for these children to understand their fears - to work out which ones are there for safety (like not playing with fire) and which ones are hindering the child's play and exploration.

Our exploration of the dark and of heights was our attempt to help the children to understand WHAT it is they are scared of - and I am not saying we have cured the children of their fear of the dark or heights - but they have been given the opportunity to see them in a new way - to laugh and have fun in the dark makes the dark a lot less scary - and our light experiments in the dark was that kind of opportunity - and the first time round there were children that were scared and had to leave the room - the second time round no-one needed to leave the room (although that time the child with the greatest fear of the dark was at home sick). The days are getting shorter here in Sweden, so dealing with the dark is something we have to come to terms with - in midwinter it will be pitch black by 3pm!

I am going to keep it at that... I would like this to be a start of a dialogue about fear - and I would appreciate if you could share experiences as comments - so that I can learn more - and also so that others reading this post have the opportunity to learn more and deepen their own thoughts about fear, beards, masks and racism...

Email ThisBlogThis!Share to TwitterShare to FacebookShare to Pinterest
Labels: project fear, reflections on my work, theory/thoughts