Just like the start of the day can have those wonderful slow moments - the end of the day can also...
On Mondays I am the closing teacher and at 5pm there were just two children left - so I went to the freezer to see what had happened to the cornstarch and water mixed with cinnamon, that I put there some time ago!

Well it had freeze-dried!

So after playing with the cold powder for a while we added some water and started mixing.

It smelled lovely. It smelled pretty Christmassy actually - just like the Tomtegröt (Santa porridge) we ate last week (It's a milky rice porridge with cinnamon).

The children marvelled at the fact that it was both hard and soft - and how smooth it felt on our fingers - as they kept insisting that I needed to try too (hehe - like I need asking twice - but as there was not much I did not want to take up all the space and goo!) 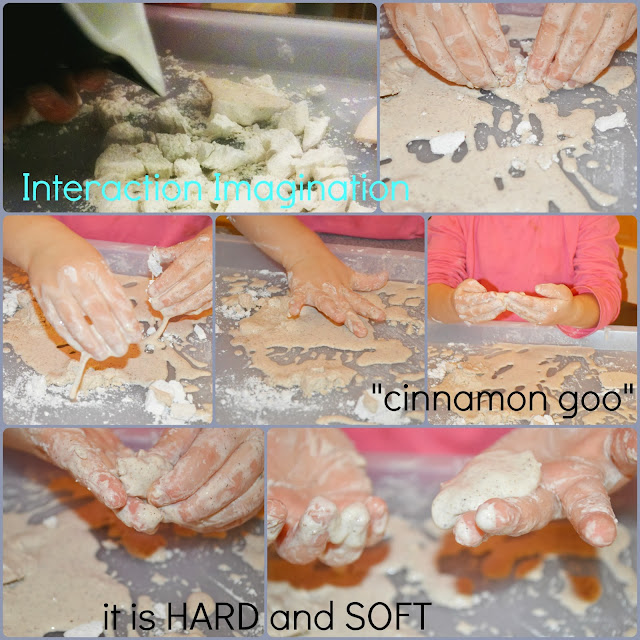