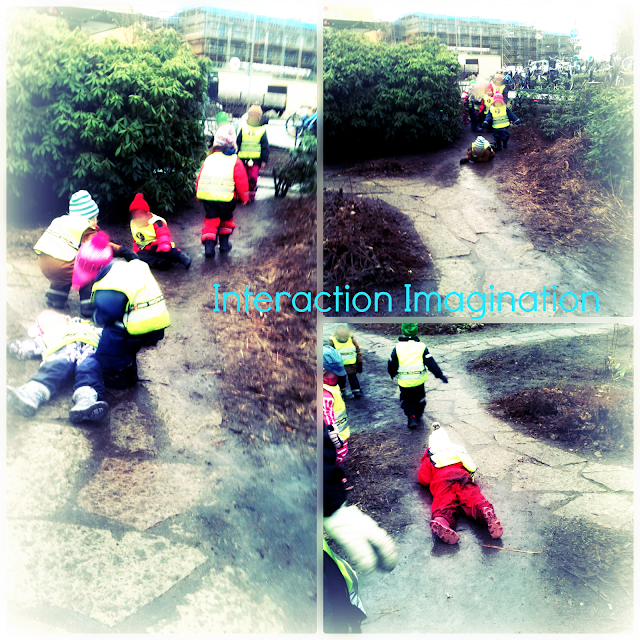 It has taken a long time for the winter to come...

But it seems to be here now - we have below freezing temperatures and a sprinkling of snow (the promised snowstorm didn't really happen here) - and there is the promise of more snow to come!

In the Snail Park there was a covering of ice in some places making it VERY slippery - and we saw a few impressive slips where the child was standing one second and on their back the next - laughing getting up and starting a game of falling over...

At one point the children lined themselves om and threw themselves at top speed at the ice falling over on purpose - in a variety of styles that had me in stitches - from "academy award winning dramatic" falls to the "I don't want to hurt myself" falls - every single child in Vinden played this game.

Playing on the ice like this does involve risk - but it was eveident from how the children were playing that they were aware of the risk of hurting themselves as they fell in that way - as some of the children were very cautious in how they fell - while other threw themselves to the ground time and time again - obviously either not feeling the pain that i would if I played the same game - OR feeling that the bump was totally worth the experience of wild abandon!

Of course this is when you realise just how important good clothing is. We have wet freezing conditions where the children are throwing themselves down onto the dirty, icey path and having the time of their lives. The children were naturally wet and dirty on the outside - but inside their clothing warm and dry! 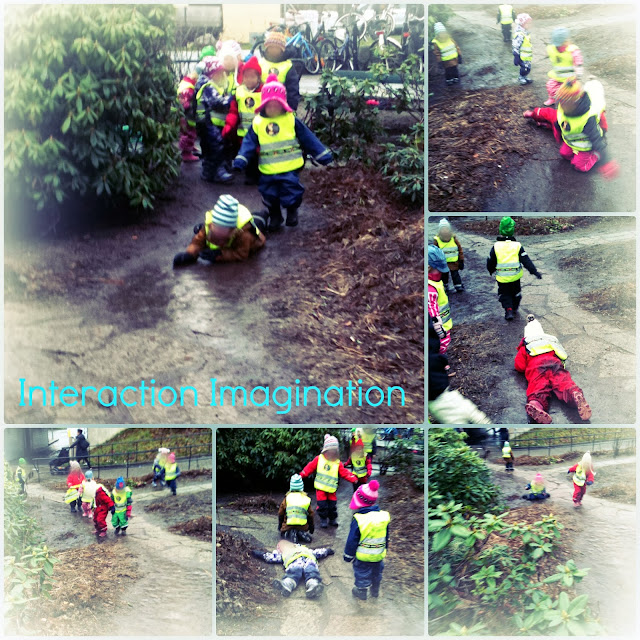