We had received instructions that too make a fairy door it needed to be 12x17.5cm in our measurements.
So we have looked on a ruler and a tape measure to discover what does 12cm and 17.5cm look like. We have also taken lots and lots of things and measured them to see if we could find something that was 12x17.5cm - and after learning lots about squares and circles and rectangles we discovered a rectangle with two short sides that were 12cm long, and two long sides that were 17.5cm long - the perfect measurement for a fairy door.
Some children chose to draw round the plastic lid on paper to get the right size to colour in - while others chose to use the lid and cover it in glitter, beads and other things they could find in the atelier - conkers and other big natural things were considered - but wisdom learnt from making the monster in October made them reconsider this choice - as the bigger objects tended to fall off as the glue had not been strong enough - so small seeds were used.

Most children just enjoyed the process of putting beads and glitter etc on, some placed the beads etc with more deliberation. 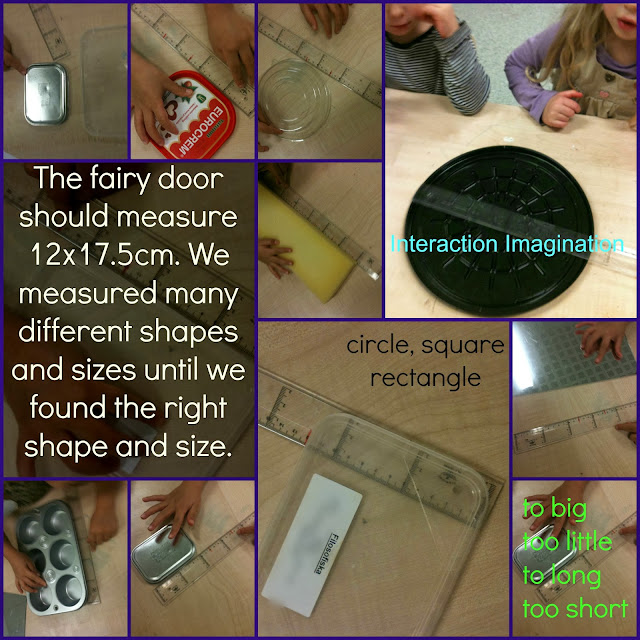 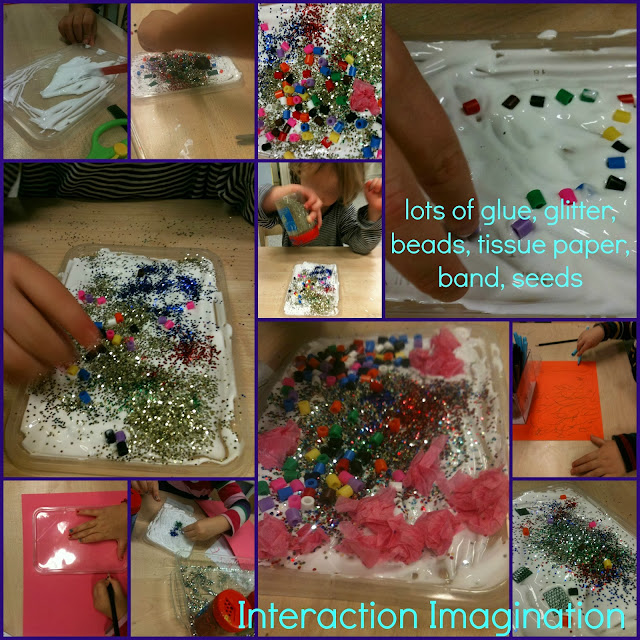 I just love it when maths comes naturally into the children's activities in a meaningful way - we have learned about numbers, measurement, length, breadth, size comparison, shapes all in an art project to create a fairy door. This was the main reason for deciding that the door should have a specific size so that we could introduce this kind of math in a natural manner and not as a separate subject.

The children have spent the week measuring each other, various things in the preschool - were aware of builders measuring things when we visited a park last week.

There is much more to this fairy project than first meets the eyes!
Posted by Suzanne Axelsson - Interaction Imagination at 19:54